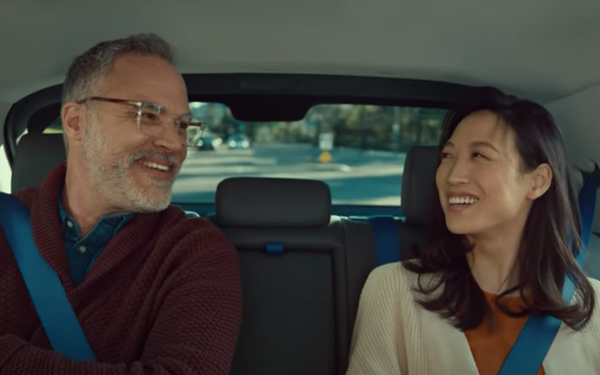 Hyundai Motor Co. is the latest automaker to jump on the self-driving robotaxi bandwagon.

The automaker is launching a global campaign with the theme (translated into English from Korean) “Innovation Begins From Very Human Things” which aims to sync up with Hyundai’s brand vision of “Progress for Humanity.” The automaker is promoting the campaign on social media with the hashtag #FromVeryHumanThings.

Hyundai is working with Motional, a leader in driverless technology, which has already provided over 100,000 self-driving rides, while maintaining a record of zero at-fault incidents.

The goal is to deploy Hyundai IONIQ 5 vehicles with the highest level of autonomy technology across the nation beginning in 2023, starting in Las Vegas and then expanding to major cities in the U.S. and globally.

The automaker joins Ford Motor Co., Toyota Motor, General Motors’ Cruise, Tesla, Alphabet Inc.’s Waymo and Aurora Innovation Inc. which are all aiming to deploy fully autonomous vehicle technology in the United States within the next two to three years.

Tesla Founder Elon Musk infamously claimed in 2019 that Tesla would have one million fully-autonomous robotaxis on the road by the end of 2020, a promise that has not come to fruition, at least not yet.

Toyota and Aurora Innovation Inc, a U.S. developer of automated driving systems, have started testing autonomous ride-hailing fleet in Texas, with two safety operators and no passenger on board.

Hyundai’s vision for the technology and customer experience resonates with the assertion that the IONIQ 5 robotaxi is “a mobility solution with humanity inside — not just without a human driver,” according to the automaker.

This narrative is depicted through two videos, each about two minutes long, which show how robotaxis adopt safe driving behaviors and care for passengers.

The first video emphasizes the robotaxi’s actions resembling those of a careful, considerate driver. It features a female engineer working in an autonomous lab who is inspired by her childhood memories of her father always driving carefully.

The second video shows a teen taking a ride in the IONIQ 5 robotaxi with her friends after school. They’re surprised and delighted to see that the car is driving by itself. But after one of her friends unbuckles his seatbelt, the car alerts him to buckle up, much like a parent would.

Hyundai is posting the campaign to its social channels including Twitter.