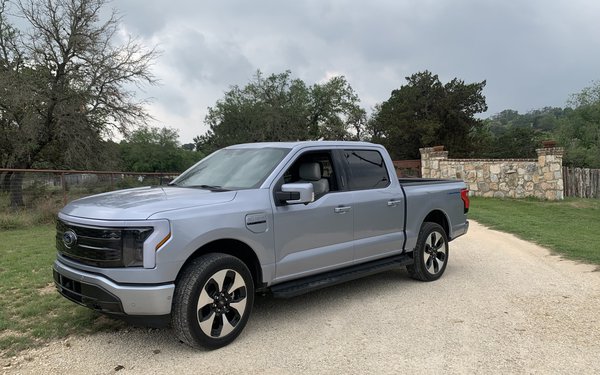 If there’s a phrase that automotive marketers like to use, it’s “game changer.”

But Ford Motor Co.’s F-150 Lightning pickup actually warrants the moniker.  The company is calling it “the truck of the future” -- and it really is.

Ford has been smart at every step of the way in launching its all-new electric F-150 Lightning pickup truck. They underpromised and over-delivered on both power and range.

There’s a reason why the truck is sold out for at least a year — not that it’s stopping consumers from adding their names to the list.

For starters, there’s the price. The base “work truck” version is available for under $40,000 and comes with the standard range battery, which allows 230 miles of range and 452 horsepower.

The pricier models can cost more than double that when fully loaded. They also include an extended range battery, which has an EPA-estimated range of 320 miles and a whopping 580 horsepower.

All versions  have 775 lb.ft. of torque, which translates into neck-snapping power.

Ford promises 0-60 mph in “low four seconds,” according to Jasen Turnbull, Ford marketing manager. During a recent test drive, the vehicle delivered that acceleration in just under four seconds. What that means is you can merge onto any freeway with extreme confidence.

If you like to drive fast, this vehicle rivals many sports cars on the road. As a comparison, the 2021 Chevrolet Corvette has has about 490 horsepower and accelerates from 0 to 60 in about 3.8 seconds.

Despite its full truck size, the vehicle feels nimble and is supremely easy to park even in a tight spot, thanks to all-angle cameras and precise sensors.

In electrifying its pick-up truck, Ford is proving the technology overall and its own engineering and development capability in particular.

Ford’s experience with decades of truck buyers gives it a depth of knowledge that has informed features and capabilities for the EV, says Stephanie Brinley, principal automotive analyst, S&P Global Mobility.

“Ford is not alone in having the ability to execute this way, but GM’s Chevrolet Silverado EV is still about a year away, so Ford will get noticed for being first and break down some barriers to acceptance,” Brinley tells Marketing Daily. "The Lightning looks and feels very much like a gas pick-up F-150 in function and form, while offering new capabilities only possible with the EV. This can make it easier for some to make the leap to electric.”

The F-150 Lightning is about bringing electrification to a traditional truck space, with traditional expectations, compared with competing EV trucks which, so far, have been more narrowly cast, she adds.

“In many ways, this will work to Ford’s benefit,” Brinley says. “Some consumers will, however, be looking for a truck that is more aggressively pushes pick-up expectations and assumptions.”

It’s notable how far all manufacturers have come in developing electric vehicles in the past two years. The F-150 Lightning incorporates all the learnings.

Using smart technologies, the Lightning can more accurately calculate remaining vehicle range using real-time conditions and past driving data. The more a customer drives, the more accurate it gets.

That feature is going to reduce the omnipresent “range anxiety” that consumers inevitably fall victim to when driving an EV for any length of time.

And if you spring for the pricier model, it comes with heated massaging seats that rival any offered by high-end luxury automakers.

The Lightning is every bit as strong and capable off-road as its gas-powered sibling. It doesn’t look radically different on the outside, which was by design. There’s a reason the F-150 is America’s longtime best-selling truck. Why mess too much with what works?

But the EV definitely offers new features, thanks to a design that no longer has to accommodate a huge internal combustion engine.

Early on in the development process, Ford held a focus group with skeptical pickup truck owners in Texas. Engineers and marketing executives were able to show them the benefits that would come from owning an electric pickup truck such as improved storage via the giant pushbutton-open front trunk (the so-called “frunk”) which has 14 cubic feet of space capable of holding 400 pounds of cargo, plus a deep well with a drain that can accommodate ice to keep beverages chilled.

Let’s not forget the truck’s impressive ability to power on a home during a blackout using the pickup truck’s powerful battery. The F-150 Lightning’s connectivity features also include two 120-volt power outlet among eight standard outlets and a whopping eight USB ports, including two in the frunk.

With a $3,900 home integration system, the power from a fully charged Lightning can keep a full house in juice for three days during an outage, or as long as 10 days if it’s limited to essentials.

“What it told us is people went from ‘Hey, I’m not sure about this’ to ‘Actually I see a lot in it,’ in an hour and a half,” says Darren Palmer, Ford vice president of electric vehicle programs. “And it told us what might be important. And then we started engineering of the vehicle.”

Originally the Ford Rouge Electric Vehicle Center was envisioned for a build of “only" about 80,000 units annually, but production has since been doubled to about 160,000. Still, even that’s not going to be enough.

Three out of four of those are new to Ford and four out of five are new electric vehicles, Palmer says.

“This product has the ability to pull people to EVs who didn’t even know they wanted an EV,” he says.

In the most recent monthly sales report, Ford reported sales of electric vehicles have increased 139% over last year on the strength of Mustang Mach-E and E-Transit sales. With the first shipments of all models of the all-new F-150 Lightning just getting underway, that number is only going to continue to climb. 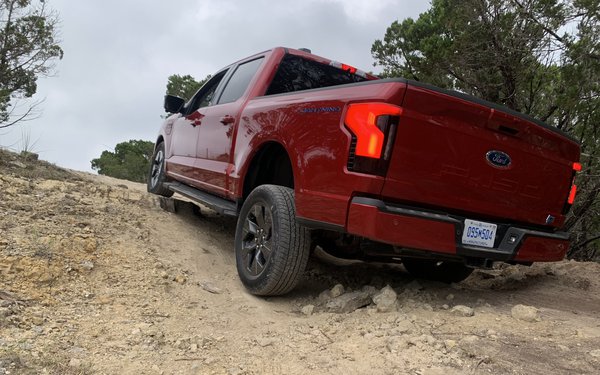 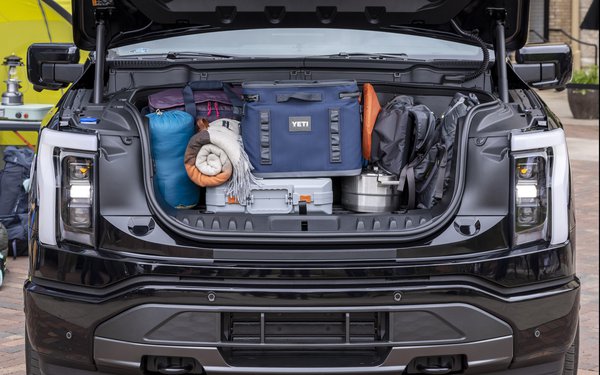