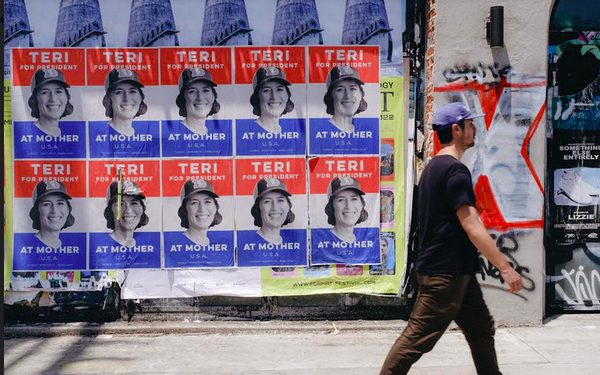 Teri Miller has been tapped as president-partner at Mother, a new role.

Prior to her appointment, Miller, a 20-year experimental agency veteran, was president of 72andSunny. During her tenure, Miller led the agency in organic growth and added 22 new clients, including United Airlines, to its roster.

As president of Mother, Miller’s remit includes driving business growth for the New York and Los Angeles agencies. She reports to Peter Ravailhe, CEO-Partner of Mother Industries in the U.S.

“The team at Mother has conviction that creativity is still worth fighting for. I’m up for joining that fight,” Miller said of her appointment.

Ravailhe said Miller was“one of the most impressive creative and business leaders in our industry. She will no doubt accelerate us in our mission to build Mother into the most creatively entrepreneurial company in the world.”

Miller takes over in July and will be based in Los Angeles.

Founded in 1996, the company has offices in New York, Los Angeles, London and Shanghai. Clients include Dave & Buster, Target and Panera in New York and Sonic, Postmates and Quip in LA.