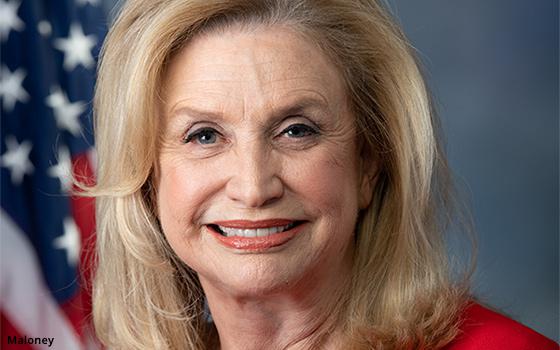 House Democrats are urging social media companies to preserve and archive content that could be used to prosecute Russia for war crimes in Ukraine, even when the material violates the companies' content-moderation policies.

“Social media platforms routinely remove graphic content that glorifies violence or human suffering or could lead to further perpetrations of violence, and have rightfully implemented graphic content policies to protect their users,” Representative Carolyn Maloney (D-New York), chair of the Committee on Oversight and Reform, and three other lawmakers say in letters to Meta, Twitter, YouTube, and TikTok.

"However, we are concerned that the processes by which social media platforms take down or block this content -- including through automated and artificial intelligence-enabled systems -- can result in the unintentional removal and permanent deletion of content that could be used as evidence of potential human rights violations such as war crimes, crimes against humanity, and genocide," the lawmakers add.

They are asking the tech companies to consider archiving “for an extended period of time” all potential evidence of war crimes in Ukraine.

The lawmakers also are urging the companies to consider explaining how their automated systems handle evidence of war crimes.

Maloney and the others note that human rights officials have used social media posts to prosecute violations in the past.

For example, the lawmakers say, the International Criminal Court in 2017 based an arrest warrant for a Libyan military commander on evidence posted on social media.