Monster Says Being Undervalued At Work Is Positively Medieval 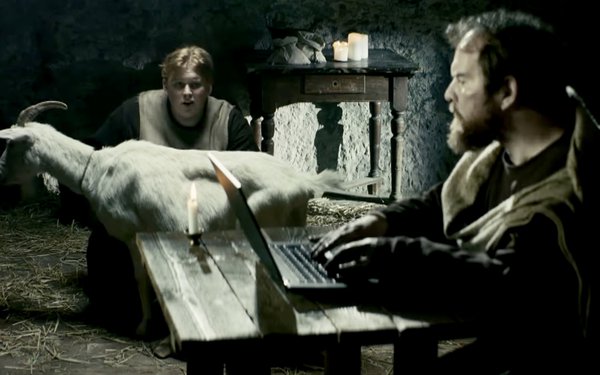 Monster.com addresses the Great Resignation in a new spot from Arnold, Boston.

The ad, Monster’s first since 2019, features a medieval worker and his understudy. Though the worker is toiling away at a dank setting with hay, goats and candles, the lead worker is typing away on a laptop.

“You know, I could do some scribing too,” the underling says. “You did hire me as a junior scribe and all.”

The elder worker then asks if his underling wants to run the place. The worker’s face brightens -- and then the boss tells him he’s just messing with him and to get him some coffee.

The ad then states that “being undervalued is history.”

According to The New York Times, 40 million people left their jobs last year, and the retail and hospitality sectors were the most affected. As businesses grew desperate for workers, workers realized that they had other options. Monster is hoping to capitalize this sentiment with this new work.