Live And In-Person, It's Upfront Week In The Era Of COVID 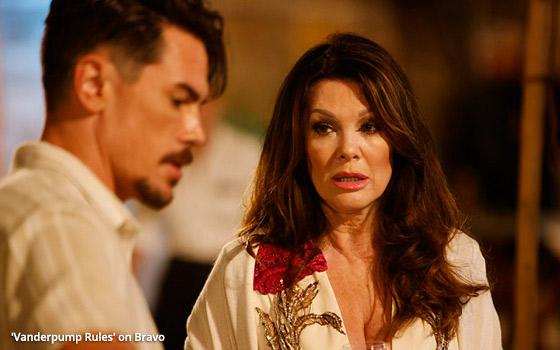 Upfront Week starts today (Monday, May 16) and it is all live and in-person for the first time in two years, which is something great and exciting that we can all look forward to -- unless we all get COVID.

On this subject, the companies hosting these annual get-togethers where attendees sit cheek by jowl and do battle over the armrests, have various COVID safeguards in place.

These include requiring proofs of vaccinations in advance and -- in the case of at least one of them, Disney -- conducting on-site, instant COVID tests that are also a requirement for entry.

How does the TV Blog know this? Because following a blog that complained last Wednesday that MediaPost was being snubbed by Disney and NBCUniversal, an invitation to the Disney Upfront on Tuesday suddenly appeared in the TV Blog inbox last Friday.

MediaPost gets action? Beats me, but I am happy to attend. As for NBCU, I’m still waiting, but I’m not holding my breath. Message to NBCU: If I am not invited to your Monday Upfront, it’s your loss.

With the various COVID precautions in place, the only thing that should be super-spreading at the Upfronts is the message that ad-supported TV is well-worth the money that advertisers are projected to spend on it at Upfront time.

I doubt that this is how it works, but I sometimes picture network execs literally raking in this money into huge piles the size of haystacks, like piles of fallen leaves on suburban lawns in autumn.

The TV Blog has noted in previous columns that for a journalist covering TV, the annual Upfronts present a valuable opportunity to check in with the giants of the TV business -- to learn about their upcoming shows, their promotion plans and the new ways in which they’re positioning their content and platforms to the ad biz.

Since this TV Blog is concerned mostly with TV content (once known quaintly as “programs”), the unveiling of new shows scheduled for fall premieres and beyond, as well as shows in development (some of which will never see the light of day), is of keen interest.

For many years going back decades, TV-beat journalists -- especially those at trade pubs and websites -- would scramble frantically in the days before the Upfronts to break news about the new-show announcements in advance of their “official” unveilings at the various presentations.

The lion’s share of these breathless stories, usually resulting from well-timed leaks from network publicists, would come out all weekend before the first Monday of Upfront Week.

I never participated in these scrums for one simple reason: I hated working weekends. And besides, my editors never really cared about these announcements about TV shows that nobody ever heard of and would never remember anyway until the networks started promoting them around Labor Day.

More recently, however, some networks have formed the habit of making their new-content announcements the week before the Upfronts.

This is likely due to the sheer number of networks owned by our big TV companies. They have so many that some will inevitably get limited visibility at the Upfronts.

So, some of those networks are trying to get their announcements out early, perhaps hoping to snare their own news coverage before they get lost in the NBCU shuffle on Monday morning.

For example, USA Network announced new shows such as “Barmageddon,” a game show in a bar, and returning shows such as “Chrisley Knows Best,” the popularity of which is one of current TV’s most enduring mysteries.

Speaking of which, Bravo announced new reality shows such as “Real Girlfriends In Paris” and the return of existing series such as “Vanderpump Rules” (pictured above).

To a TV critic who prizes quality and high standards in the new shows that cross his desk (and his eyes), these shows, with all due respect, are the TV equivalent of sows’ ears.

Watching the networks turn them into silk purses year after year is one of the singular thrills of attending the Upfronts.