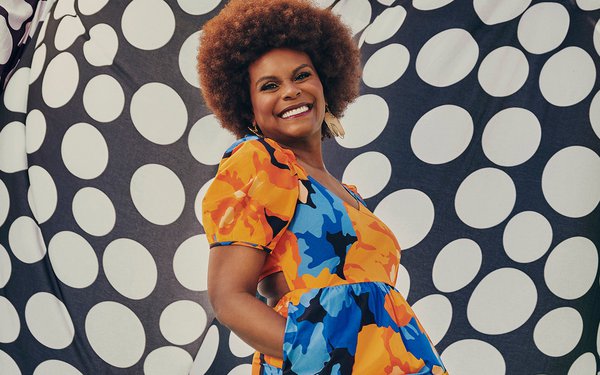 Target is both jumping for joy and yelping in pain. Just as it's rolling out a new marketing effort starring social media phenom Tabitha Brown, whom the company described as "a beacon of positivity," it posted a stunning decline in profits.

The company's stock price fell as much as 25% on the results.

Those numbers did better than investors expected and marked the retailer's 20th consecutive quarter of sales gains.

The bad news came in the profits aisle, with operating income plummeting 43% to $1.3 billion.

The Minneapolis company attributed the decline to supply chain struggles, too much inventory and higher freight and transportation costs.

Separately, the company is introducing Tabitha Brown for Target, announcing four limited-time-only collections for release next year. The items include apparel, swim, accessories, home and office, kitchenware and -- of course (Brown is a leading vegan influencer) -- food.

The first collection includes 75 items, mostly priced under $30, expected to launch on June 11.

Brown is known for wise words and pep talks on TikTok and Instagram. Her kids' show, "Tab Time," runs on YouTube. And the book "Feeding the Soul (Because It's My Business)" is a best-seller.

Her Twitter handle says she is the world's favorite Mom. She's partnered with Target over several years, but not at this scale.

Her other deals include Sunshine Seasoning, an all-purpose seasoning, with McCormick. Last year's launch sold out in 39 minutes, and the spice company is rolling it into grocery stores next month.

On the call discussing earnings with investors, Target CEO Brian Cornell called Brown "a beacon of positivity, inspiration and joy."

He and other executives emphasized that Target's consumers are also upbeat. While Walmart referred to its customer base as concerned about costs, Target says its base seems less worried. While they feel the impact of inflation, they mostly seem "in charge of their lives."

That has translated into sales gains in toys, for example, reflecting the return of kids' birthday parties. Luggage sales are also up as people resume vacation travel.

Execs also say they are reluctant to raise prices and prefers to absorb more costs, citing its ongoing promises of value to customers. "We have many levers to combat costs," says Michael Fiddelke, chief financial officer. "Price is the one we pull last, not first."