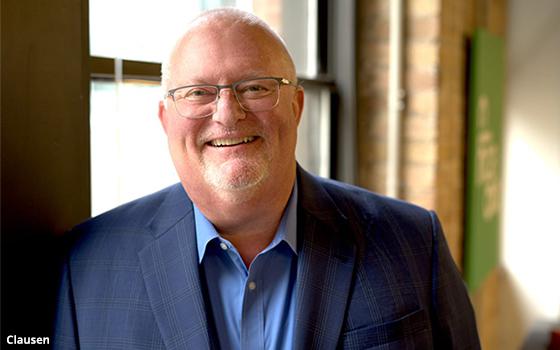 Clausen, a 25-year industry veteran joined Empower last year as a senior vice president based at its Cincinnati headquarters.

Clausen has spent most of his career in Chicago and previously was an executive vice president at Publicis Media’s Spark Foundry in Chicago where he oversaw accounts like Dairy Queen, H&R Block, Bass Pro Shops/Cabela's, Nature's Way Vitamins and others.

Earlier he served at Zenith and Cramer-Krasselt and held the role of EVP, Chief Media Officer at Doner overseeing the agency’s media operations in Detroit, Toronto, Los Angeles, and Atlanta.

“We’re thrilled to elevate Greg’s role at Empower to help navigate our rapid growth in Chicago,” said CEO Jim Price. “With his deep media knowledge, Chicago roots and experience in managing offices, we have a strong trifecta of senior leaders in Chicago to help take Empower to the next level,” Price said.

Empower’s senior vice president, head of intelligence, Brett Mowry is also based in Chicago along with Empower veteran senior vice president Emily Locker who helped launch the office in its infancy in 2019 and has led it for the past year. With Clausen’s promotion, Locker is adding more client work which is her true passion, an agency rep said.

With its rapid growth over three years the Chicago office has outgrown its original space on North Wells Street and one of Clausen's early priorities is securing a larger facility for the agency.