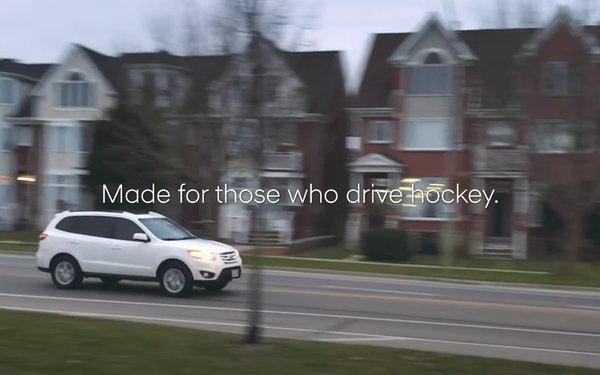 Hyundai Auto Canada and the National Hockey League are entering into a multiyear partnership that includes making the automaker the official automotive partner of the NHL in Canada starting in 2022-23.

The collaborative partnership between the NHL and Honda began in the U.S. at the start of the 2007-08 season, with the relationship expanding to include Canada during the 2014-15 season.

Hyundai’s new Canada-only deal represents “the next evolution of Hyundai Canada’s ongoing commitment to driving hockey forward,” per the automaker.

Since 2010, Hyundai has supported community programs that increase access to the game for youth in underrepresented and marginalized communities.

In collaboration with the NHL and the NHLPA, Hyundai will continue to foster its connection to hockey in Canada through NHL events including the NHL Heritage Classic and Stanley Cup Playoffs, media exposure, and usage rights of the NHL name and logo, and current and former NHL Players through the NHLPA and the NHL Alumni Association.

The partnership will also provide “the opportunity to enrich shared corporate social responsibility initiatives through community engagement and joint projects,” per the league.

Hyundai, which has 252 dealers in Canada, has long been a champion of the hockey community at the grassroots level, says Don Romano, president and CEO of Hyundai Canada.

The partnership will give the automaker new ways to engage with not only its customer base but all Canadians who love hockey, he says.

Hyundai Canada has long featured hockey stories in its national advertising, including the series "Made For Those Who Drive Hockey," about players and their families who drive Hyundai vehicles.

Further details about the partnership will be announced in the coming months, per the league.