It's A Bird, It's A Plane, It's A Shift From Paid To Ad-Supported Consumer Services 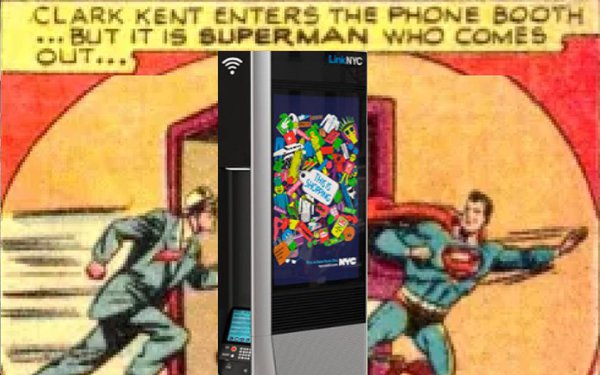 As far as telephone media milestones go, there may be no development more symbolic of the shift from fixed line telecommunications to mobile than the removal of the last public pay phones in New York City this week.

Equally symbolic is LinkNYC’s statement that it will continue to accelerate the deployment of its free WiFi and phone-calling kiosks throughout the city.

While much of the media coverage surrounding the event focused on the nostalgic appeal of the Big Apple’s classic phone booths -- as well as pop culture references like, “where will Clark Kent change into Superman now?" -- the unsung story is that it actually represents yet another shift from consumer-paid media to ad-supported media.

That’s because LinkNYC’s business model is 100% advertising, and it provides all its telecom services -- free WiFi, free device charging, city navigation services, and yes, even free phone calls (anywhere in the U.S.)--– all on a brand marketer’s dime.

It’s a good deal for consumers, municipalities and advertisers, because it provides a vital public service based on media access underwritten and supported by brands. It comes at a time when advertisers and their agencies are striving to find new, relevant, context-based places to serve an ad impression -- and, more importantly, to do this in a way that’s not an intrusion on a consumer media experience, but helps enable one.

LinkNYC has been out rolling its ad-supported kiosks  as part of of a service provided by CityBridge, whose members consist of Intersection and ZenFi Networks, under a franchise agreement granted by New York City.

The organizations are definitely public service-minded, and Intersection uses advertising to help underwrite it.