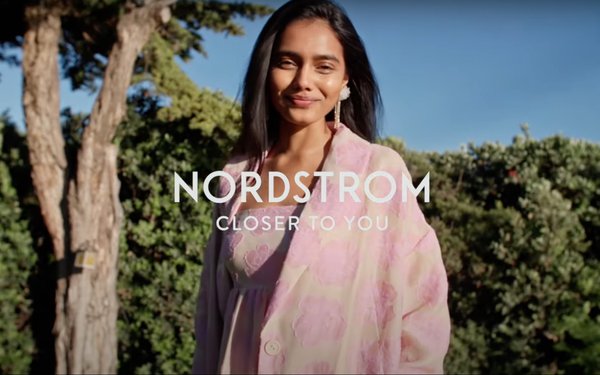 Those Big Box retailers may be worrying about pinched consumer spending, but not Macy's and Nordstrom. Both department store companies just reported financial results that show strength in apparel and luxury spending, indicating that for now, people want to put their fanciest feet forward as they move into a reopening world.

It reaffirmed its annual sales forecast and raised its profit projections.

While sales improved 10.7% at Macy's, the New York-based company says they did even better -- up 28.1% -- at its Bloomingdale's division,  as luxury shoppers spent heavily on occasion dressing, driving purchases of dresses, shoes and accessories. Tailored selections for men also sold well.

Going back to Macy's overall, digital sales, which inched up 2%, now account for 33% of sales. While that represents a 4% decrease from the comparable period a year ago, it remains nine percentage points higher than in 2019, cementing its standing as an omnichannel destination.

And it now has 44.4 million active customers, a 14% increase from the prior year.

At Nordstrom, sales soared an impressive 18.7% to $3.47 billion, up from $2.92 billion. Comparable sales rose 23.5% for Nordstrom and 10.3% at its off-price Nordstrom Rack chain, indicating that even price-conscious shoppers are eager to dress up.

The Seattle company's digital sales now account for 39% of its total.

Net earnings rose to $10 million, compared to a net loss of $166 million in the year-ago period.

The company credits the exceptional gains to its digital investments, as well as pent-up demand from fashion-starved customers. Customers "shopped for long-awaited occasions and refreshed their closets," says Erik Nordstrom, chief executive officer of Nordstrom, Inc., in its announcement.

"Nordstrom's brand value shines through in a tough retail environment," writes David Swartz, an analyst who covers the company for Morningstar Research.

He says the above-forecast results suggest Nordstrom's "upscale consumers have not been slowed by inflation." And its urban stores did better, despite low international tourism, "as people return to work and formal occasions."

Swartz adds that the company's strengths, including "its reputation for strong customer service, ecommerce, loyal customer base, and presence in stronger malls separate it from other department and apparel stores."