Kim And The Untasted Burger 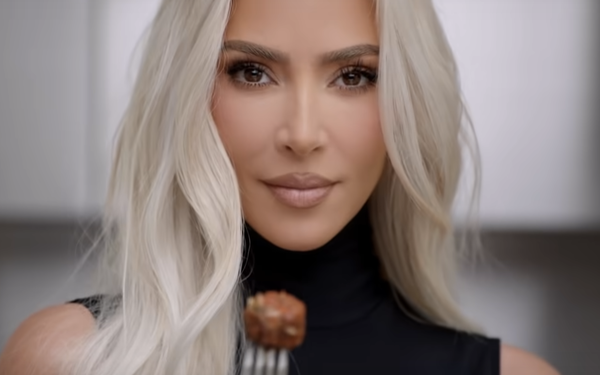 Kim Kardashian is Beyond Meat’s new Chief Taste Consultant, but her ad for Beyond Meat is being mocked by some because she is supposedly “fake chewing.”

The ad, via Mythology, features Kardashian (in uncharacteristically blonde locks), saying that she believes in Beyond Meat so much that she stepped in to help with her greatest asset, which viewers at home might not know is her taste.

All is well until you notice what some have pointed out on social media, which is that Kardashian is never seen actually tasting the product.

On Twitter, Katy Wellhousen, vice president, social account director for Deutsch LA, criticized the ad. “kim kardashian fake-chewing a beyond meat burger that has no bite taken out of it is making me spiral,” tweeted Wellhousen, who works on the Taco Bell account for Deutsch.

Wellhousen wasn’t the only one. Seth Arp, a musician, tweeted, “@KimKardashian saying 'mm' to eating a beyond meat burger but there’s no bite taken out. Her reaction is as fake as that food they want to call ‘meat.’”

It’s likely that the response is inevitable, given Kardashian’s popularity, but will that serve the cause of Beyond Meat? We shall see.

1 comment about "Kim And The Untasted Burger".
Check to receive email when comments are posted.
Next story loading