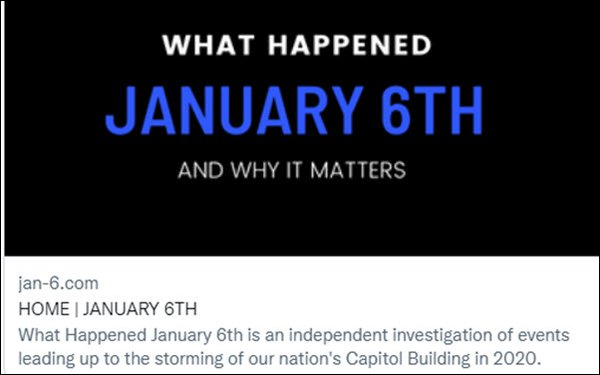 Fox News will be the only major news network not to provide live coverage of the Jan. 6 Committee public hearings investigating the insurrection at the U.S. Capitol intended to stop the ratification of Joe Biden's election as President.

The hearings begin on Thursday evening at 8 pm.

Fox News says it will air its regular prime-time lineup — which features Tucker Carlson in the 8 pm slot — and allow hosts to switch to the hearings as they deem that to be “warranted.”

Republicans’ efforts to compete with the hearings will include members of Congress appearing on Fox News, according to The Wrap.

Fox’s Business Network will air the full hearings, and coverage will also be available on the Fox News site and its streaming service. But the business network averaged 136,000 viewers last month, to Fox News' 1.5 million at any given time during the day, points out The New York Times. Further, Fox is not requiring that its affiliates, which reach many more millions of homes than Fox News, carry the hearings -- something it often does with other major events, like presidential addresses, notes The Times.

Fox may also be trying to avoid primetime awkwardness. Whereas Fox News hosts now routinely try to downplay the insurrection and denigrate the Jan. 6 Committee's work, "Private communications between several Fox anchors and the Trump administration were unearthed during the Jan. 6 committee investigation," The Times points out. "Multiple messages show how the hosts were deeply concerned about the rioters and Mr. Trump’s refusal to rebuke them on the day of the attack."*

ABC, NBC, CBS, MSNBC and CNN are all expected to a"ir Thursday night’s hearings in full, although it is not yet clear if they will also do so for further hearings expected this month and in September.

*Additional information from The Times added after initial posting.