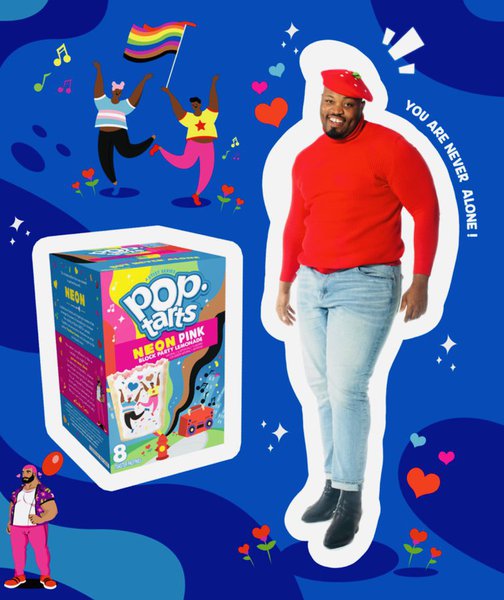 Pride Month isn't even half over, and already there's rainbow-spattered mayhem. Some campaigns are brilliant: We're voting for Pop-Tarts with its first-ever Pride Box, featuring frosting art. Some are fails. (Sorry, Burger King.) And many are just mediocre.

But they are all unfolding amid two undeniable trends pulling companies in different directions. First, America's transphobia is intensifying, measured by sharp increases in homicides and hate crimes and the introduction of hundreds of anti-trans bills.

Second, LGTBQ employees and their allies are demanding companies they work for demonstrate their support in more meaningful -- and visible -- ways.

In the last 15 years, Americans have become far more accepting. Support for gay marriage, for example, is at an all-time high of 70%, according to Gallup.

But brands are making a mistake when they assume all people see all LGBTQ issues the same way, Pham says. "Just because people are supportive of Pride in general, it's not necessarily an indication that they're also supportive of, for example, transgender athletes."

His research focuses on the role of emotions in consumer responses to branding and marketing. "A lot falls apart when companies move from the support of Pride, in a generic sense, to a specific issue," he tells Marketing Daily.

As a result, companies who want to thread this needle are having to do both more and less this year.

Less, as in skirting issues likely to inflame people. Supporting LGBTQ kids in sports is likely safe. But a brand supporting trans swimmer Lia Thomas, one of the most polarizing figures in sports, will probably backfire, says Pham.

And yet companies must do more, as in making a deeper financial commitment to nonprofits that support LGBTQ consumers and sparking greater engagement with their own gay employees.

Lots of internal messages are safe, says Pham. "Who could be against diversity? But while the concept is universal, as soon as it becomes specific -- like with mandatory training for employees, for example -- that's where the pushback comes in. It's always around specifics."

And increasingly, watchdogs are calling companies out for hypocrisy. They spotlight companies like Disney, General Motors, AT&T, Coca-Cola and Anheuser-Busch for donating to anti-gay political campaigns, even as they switch to rainbow logos and make frothy promises to support employees.

Companies are aiming to protect their employer brand through stronger support for nonprofit organizations, such as the Trevor Project, which focuses on the mental health needs of LGBTQ youth. The organization now has 47 official Pride partners and expects to raise 17% more this year than in 2021. And its marketing team has swelled from a single person to a staff of 10.

"An important trend is that many brands are showcasing their commitment to LGBTQ communities year-round," says Shira Kogan, its director of corporate partnerships, in an email to Marketing Daily. "Marketing to a community for only one month out of the year to drive revenue is not truly active allyship."

Pop-Tarts' limited-edition boxes are benefiting LGBTQ Black artists working with GLAAD. American Eagle, Zenni and e.l.f. are working with the It Gets Better Project. Capital One and Apple are partners with Out &Equal. Amazon, Google and Intel sponsor the Human Rights Campaign.

Some companies excel at linking Pride to purpose. Chipotle's efforts this year, raising funds and awareness for food insecurity within the LGBTQ community, earn exceptionally high marks. "Chipotle's efforts are a stand-out example of "walking the walk" because it is insightfully tying its products and services to tangible/meaningful displays of support," says Nick Kartsunes, research analyst with Comperemedia, Mintel's marketing intelligence company. "It is an actionable combination of staying true to one's company and values while uplifting and providing visibility to disenfranchised identities."

Others are kind of a mess. Burger King is getting roasted for an Austrian campaign promoting Whoppers served on either two tops of a hamburger roll or two bottoms.