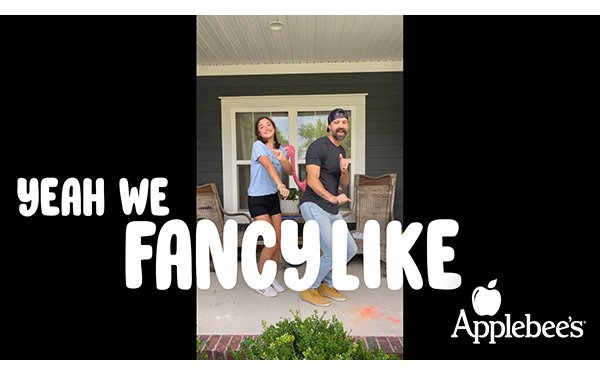 In the campaign, Applebee’s teamed with country star Walker Hayes and his hit tune "Fancy Like," which talks about date night at an Applebee’s. The campaign is credited with putting the restaurant chain in the cultural conversation and boosting sales sharply. It added a “Fancy Like” meal to its menu.

“The magic of Fancy Like Applebee’s is in the details,” stated Kellyn Smith Kenny, executive vice president, chief marketing & growth officer at AT&T and 2022 Effie US Grand judge. “Lots of brands set out to create virality and cultural relevance, but few achieve it. In our minute-by-minute world, the Applebee’s team was able to both seize a moment and give it staying power. They did that by mobilizing their most important and most influential brand assets – their servers, chefs, suppliers, communities, and of course, their customers.”

Fellow judge Kate Charles, CSO and managing partner at Oberland, added: “It was clear that the team was following the lead of culture versus trying to create it, which made it feel organic and authentic…The only way to be that agile is with deep trust and partnership across all parties, and that teamwork is felt throughout this campaign - between the brand, the agency, Applebee’s employees, and their customers.”

The Grand Effie was selected from the top scoring Gold Effie Award winners in this year’s competition, which in addition to “Fancy Like” included:

This year’s competition introduced a DEI category to the Social Good awards within the Positive Change Effies. A Gold Effie was awarded to Procter & Gamble and Grey New York for “Widen the Screen.”

One Gold and one Silver Effie were awarded in the Sustained Success category, which recognizes effective work that has sustained measurable growth over three or more years. The Gold Effie went to JAMRS’ TodaysMilitary.com and MullenLowe U.S. for “Their Tomorrow,” and the Silver Effie was awarded to Keurig Dr Pepper/Dr Pepper and Deutsch LA for Fansville.

The highest-ranking companies from the 2022 Effie Awards US competition are: