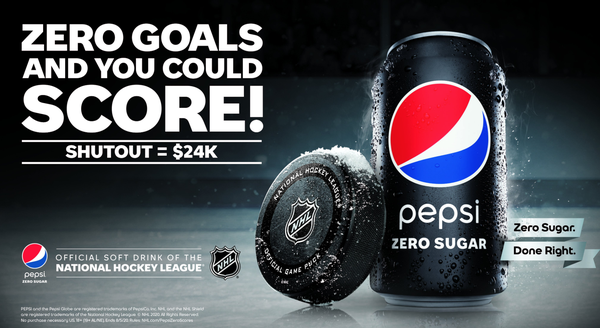 The National Hockey League is renewing its deal with PepsiCo while striking a new partnership with Caterpillar.

The company will continue to use players in activations and marketing efforts, as a partner of the NHLPA, through the players’ group licensing program.

Each tentpole event includes an activation asset that PepsiCo will use with key customers.

Launching this fall at the start of the 2022-23 NHL regular season, the sponsorship will focus on recognizing the people who manufacture, sell and operate Cat products and services.

The company plans to use the sponsorship to engage with customers and employees and provide them with an enjoyable experience, says Yvette Morrison, global head of marketing and brand for Caterpillar.

As part of the sponsorship, Caterpillar and its dealers may identify opportunities to assist the NHL by providing behind-the-scenes products and services to support NHL games and special events.

The NHL will collaborate with Caterpillar to incorporate Cat products into NHL events by highlighting the company’s heavy equipment machines and industrial power generators with TV-visible signage and in-arena branding at the League’s marquee events including NHL All-Star Weekend, NHL Stadium Series and NHL Winter Classic.

The NHL will also work with the company to promote hockey in local communities through Caterpillar’s network of dealers.