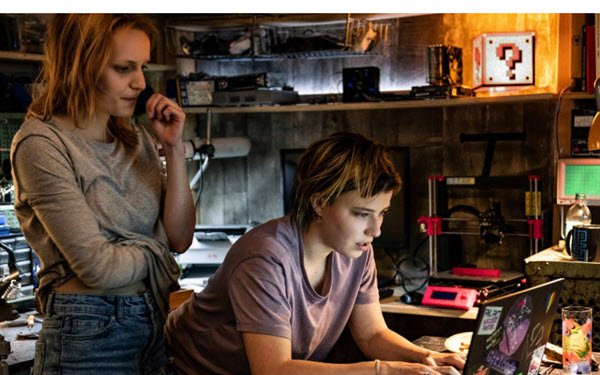 Ahead of its debut in the U.K. and Ireland on June 22, Paramount+ has announced the first of what it says will be 150 new international originals commissioned by 2025.

The Paramount Global streamer launched in South Korea last week and is set to expand into Italy in September, and Germany, Switzerland, Austria and France in December.

Paramount executives have stressed the importance of a robust mix of local and global content to the streamer's worldwide strategy.

“As the service continues to expand internationally, there’s a great opportunity for content to travel globally, opening up a world of opportunities for talent and creators as we plan to commission 150 international originals by 2025, while delivering incredible value to subscribers on Paramount+,” said Marco Nobili, executive vice president and international general manager of Paramount+, in a statement.

The just-announced originals will be produced in partnership with VIS, Paramount’s international studio, which is a division of the company’s vast worldwide studio footprint that spans more than 20 countries.

The latest content move is an extension of the streamer's already large lineup of "premium locally originated programming, in addition to its global content, serving all types of audiences in all markets where the service is available," said Paramount.

The newly announced originals are from Mexico, Italy, Germany and France.

They include a series starring and produced by John Leguizamo about the wife of Mexican drug lord El Chapo (“Sinaloa’s First Lady”); a Mexican suspense movie about a deadly kidnapping “game” (“One Must Die”); a German series about young “hacktivists” out to expose environmental wrongdoing (“A Thin Line,” shown above); a German series based on a real-life con artist (“The Sheikh”); an “international” docuseries about the murder of Italian fugitive banker Roberto Calvi (“Murder of God’s Banker”); a young-adult horror thriller series from France (“Marie Antoinette Serial Killer”); and an Italian series based on a sensational crime in Rome in the 1970s.

Paramount+ also announced casting for a previously announced German original, “The Chemistry of Death.” The series’ stars include Harry Treadaway and Katie Leung.