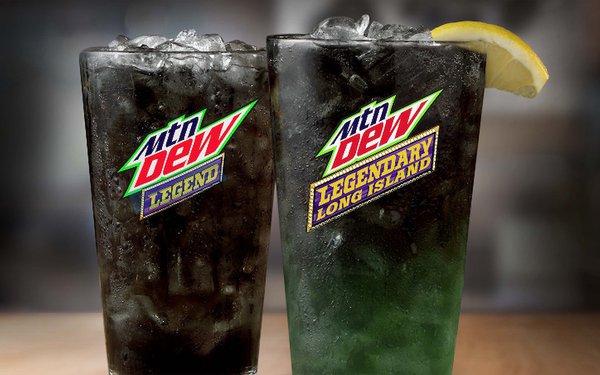 How do you create a liquid “legend”?

For PepsiCo Inc. it was developing a new version of Mtn Dew whose flavors sync with sauces served at Buffalo Wild Wings sports bars, and having two basketball superstars promote the BWW-exclusive beverage during the recent NBA finals.

Had the NBA finals reached a seventh game yesterday—a rare event that was precluded by the Warriors clinching the series last Thursday—Buffalo Wild Wings would have served free Mtn Dew Legend during the final matchup.

In this interview, edited for brevity and clarity, PepsiCo Foodservice senior director Alexis Porter explains why Mtn Dew launched a permanently QSR-exclusive beverage as opposed to selling it at retail.

Porter: We wanted to launch an exclusive Dew with Buffalo Wild Wings, as they are the only national sports bar. So when we were developing the flavor, we wanted to make sure it would go best with their core products. We also wanted to make sure that it mixed well, because when sports fans come in to watch a game, they’re looking for amazing beverages on their own—but also cocktails. So it works both ways.

Marketing Daily: Is this a limited-edition offering?

Porter: It’s a permanent flavor, so that’s why we took quite a bit of time in R&D to make sure that we had the right notes of blackberry, citrus and ginger for the right combination.

Marketing Daily: Is it easier to launch a new beverage in a QSR exclusive than to get one into stores?

Porter: There are different challenges to fountain versus bottle and can. Shelf space is an interesting challenge and fight—you have to earn your right there with your product and brand. But there are also challenges when it comes to fountain. There’s a limited number of valves.

So you want to put your most exciting and most powerful products that turn best on those fountains. Buffalo Wild Wings was excited because they knew this beverage would turn because of the brand, and because we developed it to go so well with their food.