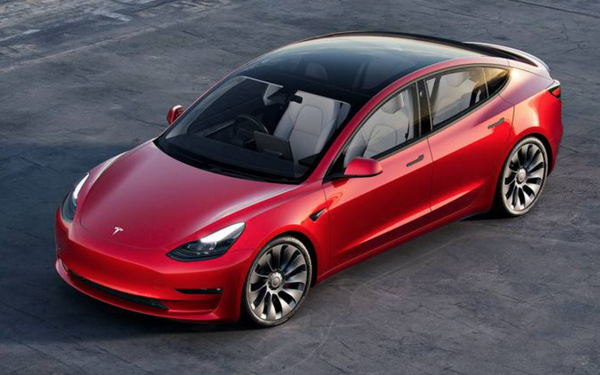 For the second consecutive year, Austin, Texas-based Tesla claims the title of most American-made, this time with the Model Y.

Tesla now holds the top two spots in the 2022 American-Made Index, an annual independent ranking of vehicle makes and models creating the greatest impact on the U.S. economy through factory jobs, manufacturing plants and parts sourcing.

The Tesla Model 3 — last year's chart-topper — came in second this year, per Cars.com, the car-shopping marketplace behind the rankings.

Tesla landed two additional mentions in the top 10, with the Model X at No. 5 and Model S at No. 6.

Tokyo-based automaker Honda, which manufactures many of its products in North America, matched Tesla's top 10 showing with four of its own models: the Passport placed fourth, and the Ridgeline, Odyssey and Pilot took the final three spots in the top 10.

The other two top performers were the Detroit-based, Ford Motor Co.'s Lincoln Corsair at No. 3, which jumped more than 60 places from its 2021 ranking, and Hoofddorp, Netherlands-based Stellantis' Jeep Cherokee, an index mainstay, in the No. 7 spot.

Detroit-based General Motors dominates the list with its models claiming 20% of the overall index.

A recent Cars.com consumer survey found that year over year, affordability increased 15% as the most important attribute for car shoppers, and those considering an electric or hybrid vehicle also saw a double-digit bump, up 21% from 2021.

However, preference for American-made vehicles is the real story here; 40% of car shoppers say that buying a car built in America is now more important to them, up 22% year-over-year.

The composition of this year’s index is particularly interesting in the context of our current marketplace, says Jenni Newman, Cars.com editor-in-chief. High gas prices and scarce inventory are factors, she says.

"That Tesla — an American-made, all-electric make — appears frequently and high up on the list may indicate a coming alignment of market forces that could really explode once we break through microchip supply chain issues, especially if gas prices remain historically high,” Newman says in a statement. “It also bodes well for other OEMs, including Honda, Ford and GM, working to diversify product lines with more EV and hybrid options.”

Though Tesla models fulfill the index’s criteria at higher levels than the competition, down the line automakers GM, Honda, Toyota and Ford dominate the list, representing 19%, 14%, 12% and 12% of all included models, respectively.