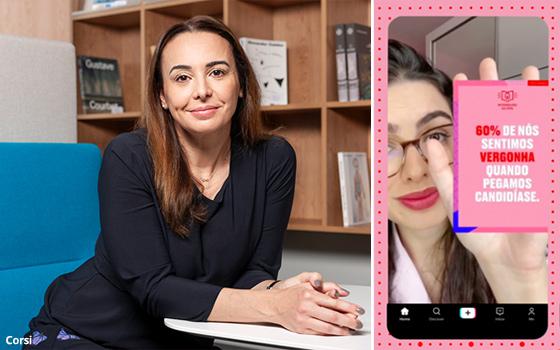 Most pharma and healthcare marketing is anodyne or laughable…usually both. The tropes are self-parodies: slo-mo scenes of seniors playing-with-the-grandkids accompanied by terrifying voiceovers of mandated side-effect warnings. Bayer’s Global CMO/CDO/CIO Patricia Corsi is on a crusade to make ad creative live up to its name again. She has organized a Creative Council of fellow brands and agencies to both measure and model the importance of data driven creative approaches. And her team has executed one of the few major marketing campaigns I have seen in recent years that authentically earns the otherwise empty buzzword “purposeful branding.” Starting as a test in Brazil, the Vagina Academy used data to drive a key cultural insight and then addressed it with consumer-driven creative energy that broke harmful taboos. You can listen to the entire podcast at this link. 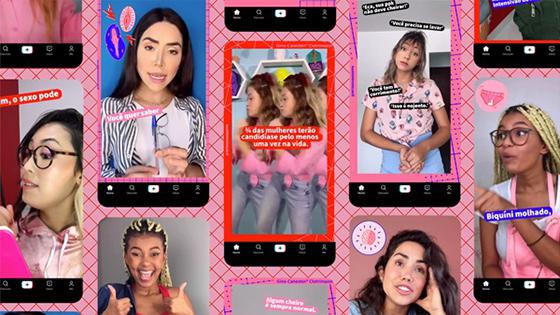 We spoke with Patricia last week before she left for Cannes where she led a roundtable on the future of creative.

MediaPost: Has advertising been suffering a creativity gap lately?

Patricia Corsi: There is a lack of talent; there is a lack of diversity in terms of talent in the creative world. But also, more and more people are seeing the restrictions as barriers and not as opportunities to develop things that connect with the consumer.

There is a lot of excitement on new channels, but there is a lot of complexity as well. When I started my career in marketing in the 90s, we were very happy if we did four channels - TV, radio, print and on a very good day out-of-home, and this was it. Now there's personas and personalization and targeting and social media. The challenge for the creative teams and marketing teams are much, much bigger.

MP: You have formed a creative council of members across brands and agencies to address the creativity slump. How does the council plan to solve for this?

Corsi: The vision for Bayer as a company is “Health for all, hunger for none,” and “health for all” means that we need to move the whole industry. So, having a Creative Council, in part, is to inspire the industry to be serving better the people that we represent. For a long time the consumer health companies have been linked to the traditional pharma journey, which means most of the communication is with healthcare professionals. There's very little capability for building an experience with branding. The Creative Council is an opportunity for us to make a dent and inspire the whole industry. I’ve been very blessed for having fantastic friends, because this is me using my credit with my friends to come and join us.

This is a voluntary work, we do it for the benefit of the industry, and our strategic partners like BBDO, MullenLowe, WPP – they all donate their time. We meet every three months. We want to talk to the people that are really implementing those ideas.

MP: Exactly what kind of initiative?

Corsi: One of our Council members is from Google. One of the topics we wanted to drive change was data and creativity. The US team partnered with the agency and Google on using data and creativity with BBDO and applying it in some campaigns. So you do that, plus you do A/B in creativity, and you start looking at the data. And then you can compare the return on investment, of the one without the creative and data touch and the one with the creative and data touch. 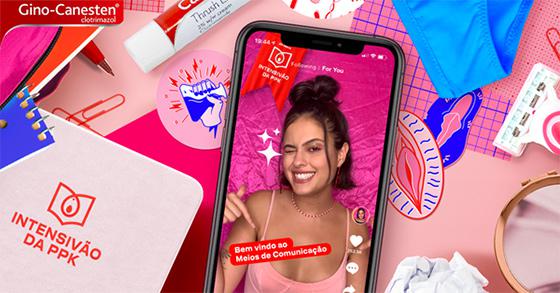 MP: Sort of A/B testing the whole concept of creative, whether it matters.

Corsi: Yes. Another initiative that we started in Brazil was to help bring diversity and a systemic change to the creative industry. We will serve a couple of our brands briefings, only to people that are in minority groups who can present work that is going to be judged by the top creatives in Brazil. And, then, they will get coaching from top creatives. Additionally, they get education and courses in top creative trainings. Through that, people start building portfolios and become much more competitive - especially for black folks in Brazil who are really not that much represented among  creative directors, for example.

MP: Tell us about a Bayer campaign from  the Brazilian market that really struck me as important. It involved addressing cultural inhibitions around women’s products that used channels like TikTok for a series called The Vagina Academy.

Corsi: This campaign makes me smile, and it makes me very proud of the team. So first, I love statistics, because it helps you sometimes to have those aha moments. The first - looking at the time that women spend in front of the shelf for intimate health products - it was really fast. They were so embarrassed to be seen in front of that shelf, that they would pick the first product they [found] with the flower on it.

Two, research in a number of countries [showed] women don't say the word vagina even to their gynecologists. That taboo was so big that it was really holding women back from making the most of their lives. So I said we must demystify that. We are brand leaders in most of the countries where we compete, so we have the scientific authority to talk about intimate health. To democratize this, we needed to be where women are and to reach women from 15 to 45 years old. In Brazil, TikTok was really exploding. TikTok really loved the idea, etc. Then we discovered one problem: the word vagina was censored on TikTok. To the credit of TikTok in Brazil, they uncensored the word. This is about education, democratization, breaking the taboo. In Italy, Meta uncensored the word vagina, where we are launching Vagina Academy. These things make us super excited about our role to make this word no longer a taboo. 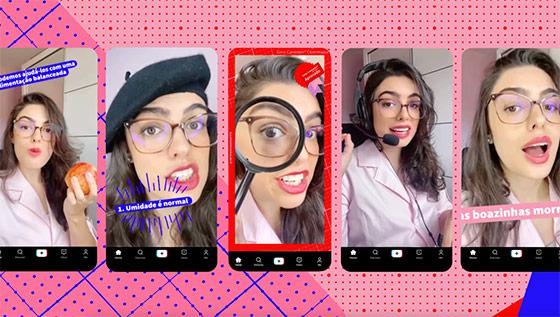 MP: We are embedding examples of this in the newsletter, so people can see it for themselves. Did you get any cultural pushback?

Corsi: I think there are always the people that get shocked with these things. And I must confess, the change starts with us. So, I’m Brazilian, and I was raised in Brazil. My family is half Italian. Even for me to break out of this was really a journey. What I think helped a lot is that we had a TV campaign before the launch of Vagina Academy that made the idea even bigger. That was like the University of the vagina that was developed by a team of women from JWT. And [we recruited] such a diverse set of influencers. You had people from the LGBT community talking about the taboos. You had people from the disability community talking about what it means for them. And you had all types of Brazilian women represented there. No one was trying to patronize or to be a professor there. People were talking in a language that was really good for the consumers. We were able to deliver the equivalent of 17,000 classes on women's intimate health. I don't think there was any initiative from the government that did it.

This was not a global campaign, this was a Brazilian test. Now we have it in the UK, with a spin that really makes sense for the UK. We have it in Italy and Australia. In Australia it’s called the University of Down Under. So people really got it and they are now doing their own spin. And I think this is the best place for global ideas to be, where you allow for [a] good platform that is strong and solid, but there are a lot of tweaks that the local teams can do in the execution. I’m seeing a lot of beautiful things coming out of that. 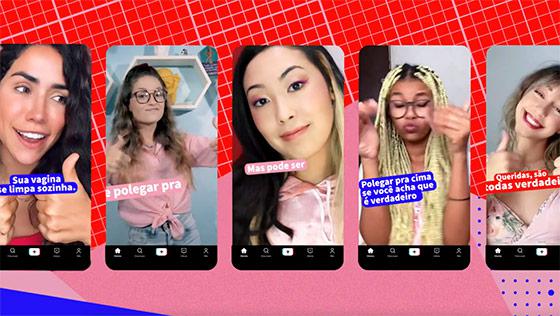 MP: I want to bring this back to where we started, and that is data, your love of data, and bring a campaign like that back to data and proof. Because I know you've said that science should not be the enemy of creativity, it should be a helper. In the end, how did this campaign actually move the needle, either in terms of sales or brand impact?

Corsi: So the first thing is, our market share participation achieved record numbers. Nobody was buying on brand loyalty. It was whatever I find first that nobody sees me buying. So now, women are knowing what they buy. And they have already created a really strong bond with this brand that they trust. When they go to the doctor, the doctor recommends, but also talks in a language that they can understand. So from a sales point of view, really great. From a brand equity point of view, there is a great measure for the future. We also achieved record numbers in terms of being a brand that really helps women to tackle intimate health taboos and solve their problems. So all in all, we have, I think, a great proven case that there is a great connectivity between doing well and doing good, or doing good to do well.

I always think that the best way to find a brand purpose is going to the archives. It’s not trying to find something on a piece of paper. Like many of the brands, we have Bepanthen, that is another brand that was created to help wounded soldiers in war, or our vitamin C, that was the first synthesized vitamin C to help people that were really struggling with lack of vitamins. All those things, they are coming out of purpose to help people to take ownership of their health. Especially in the US where a health system is expensive, not everyone can afford that. Having options where you can take proactive care of your health will take you a long way. If we can make a dent in shifting the culture and using creativity to educate, to transform the reactive behavior to help [lead] to a proactive behavior to health, and doing this in a way that is authentic, genuine, that builds long lasting relationships, I couldn't be happier.