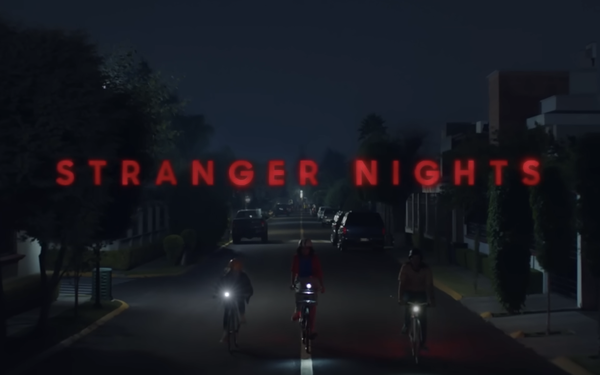 A bit of a strange tie-in here between the Netflix show “Stranger Things” and Samsung. In this ad, via Publicis, a group of teen girls is shown bicycling around at night
when a Samsung phone’s camera reveals, well, strange things.

Those visions (of bats flying and a monster jumping around), were apparently shot via the phone in one girl’s pocket, whose lens was left on.

The payoff is when they return to the garage where a bunch of people are watching “Stranger Things” on a big-screen TV. At that point, the primary girl looks on her Samsung Galaxy S22 Ultra to see the video and then hears shrieking noises. She turns around... and we don’t see what happens next.

It’s an evocative piece of entertainment that would play seamlessly if Netflix allowed advertising (it doesn’t yet, but plans to). In the meantime, we can understand how a Netflix property has become so big that an advertiser like Samsung would want to be associated with it.