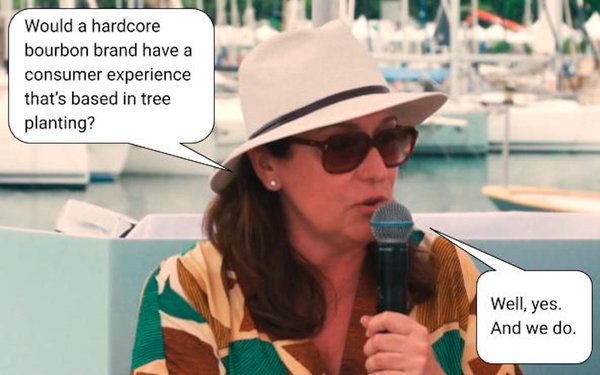 One of the most important undercurrents during last week’s Cannes Lions conference were all the discussions about how various advertisers, agencies and media companies are tackling the climate crisis, especially taking steps to “decarbonize” the media they buy.

Importantly, big brands and agencies have move well beyond criticisms of greenwashing, and even evolved beyond “carbon offset” media-buying approaches to actually reduce the amount of carbon emitted by advertising and media.

This was underscored by two panels (view below) sponsored by digital media exchange OpenX, in which big marketers and agencies detailed concrete steps demonstrating that they’ve been able to remove carbon from their processes – all the way from manufacturing to advertising production and even media placements – without reducing their ROI.

Nestlé Media Lead Laure-Sarah Labrunie shared how the chocolate marketer has reduced its footprint by 50% without negatively impacting any of its KPIs by simply reducing the audio and video bandwidth it serves online and in mobile media, compressing video and converting to mono vs. stereo sound.

Diageo Senior Vice President Sophie Kelly explained how the distiller has been supporting “regenerative” farming that both reduces carbon emissions and enriches soil, creating America’s first “carbon neutral distillery” for its Bulleit bourbon brand. The next phase she said, is figuring out how to reduce carbon by removing waste from its distribution and product packaging, and is even considering installing bourbon barrels at retail so customers can bottle their own.

But perhaps the most important revelation was the one presented by GroupM’s Ollie Joyce, who disclosed a year-long project collecting and analyzing the various methods industry players utilize to calculate the carbon impact of media-buying in order to come up with a recommendation for standardizing them, which is a vital next step for industry benchmarking in order to have a consistent approach to decarbonizing media.

I can’t wait to report on the release of those findings later this year. The truth is, neither can the planet.