I Don't Mean To 'Bitch,' But This Word Is Used Far Too Much 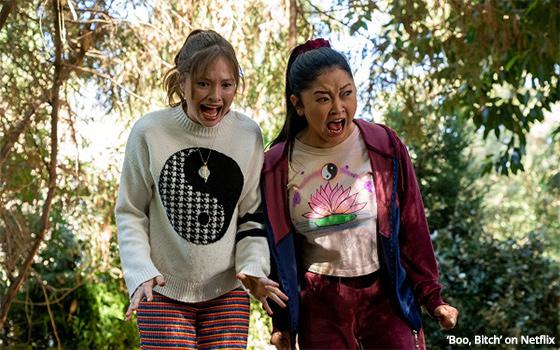 I realized the culture had taken an odd turn when I spied a coffee mug in a store window that said, “Namaste, Bitch!”

This store, located in Manhattan, is an independent neighborhood bookshop specializing in self-help literature -- spiritual, inspirational, meditative -- plus accessories such as scented candles and the like.

Thus, the word “bitch” keeping company with the word “namaste” seemed out of place in an environment that is supposed to be soothing, enlightened and serene.

Associated with the culture of Hindi India, namaste is a word used to greet another person reverently with hands together in a praying position and a slight bow.

The word literally means “bowing to you,” but is more generally interpreted as “the sacred in me recognizes the sacred in you.”

It is a gentle, humble and well-mannered way to greet someone. Attaching “bitch” to this lovely word of grace, respect and humility is a construction that could only happen in present-day America.

“Namaste” does not appear in the title of a new Netflix comedy series about high schoolers, but the same usage of “bitch” is adopted for the title, “Boo, Bitch.”

The show is about one of the high schoolers, a senior on the cusp of graduation, who is suddenly killed in a moose accident and then returns to haunt the high school snobs who tormented her.

In the show, as in the culture today, “bitch” seems to vary in its meaning and intent. In “Boo, Bitch,” when one friend addresses another as “Bitch!,” it is meant to endow her meek, introverted friend with newfound powers such as fearlessness and fierceness.

At other times, the meaning of “bitch” is decidedly more negative, such as “she is such a bitch.” (Not relevant to this discussion: The use of “bitch” in reference to a female dog -- to which exasperated dogs must be asking: When did this happen?!)

On the plus side, “Boo, Bitch” does a very good job depicting the teenage high school experience of today in a comedic way -- or so it seems to a TV blogger whose high school days are far behind him.

The way “bitch” is bandied about in the title of this show, coming out of the mouths of the teens within the show, and on coffee mugs displayed in the window of a self-help store evidently reflects its wide use today.

As such, it joins a lot of other words in common use today that were not so commonly heard or implied for years and years previously.

For example, there is the publicity copy for “Boo, Bitch” on the proprietary web site Netflix maintains for columnists and reporters on the TV beat.

“Over the course of one night,” reads this copy, “a high school senior, who’s lived her life safely under the radar, seizes the opportunity to change her narrative and start living an epic life, only to find out the next morning … she’s a motherf*%king ghost! [exclamation point added].”