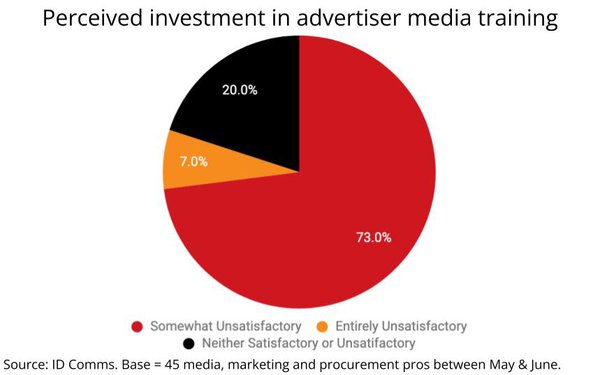 The vast majority of ad executives perceive the level of media training for advertisers to be either somewhat or entirely unsatisfactory, according to findings of the 2022 Global Media Training Report, released this morning by ID Comms.

The findings, which the consultancy said are "in line with" previous studies conducted in 2016 and 2019, indicate that little progress has been made in media training, despite the increasingly complexity of the media marketplace.

"Lack of budget" was the No. 1 reason cited for under-investing in media training, followed by "an inability to find the right training opportunities," and committing time to media training, according to the report.

"The fastest-growing area of training is the demand for addressing capability gaps in ad tech and martech (42% in 2022 vs. 26% in 2019)," the report also found, citing it as the single most important area for "capability building."

Respondents also cited a need for training in how media agencies work, as well as a need for improved advertiser capabilities in running media pitches.

Despite a perceived lack of budget, most respondents cited the need for their organizations' to create and staff a Chief Media Officer role. 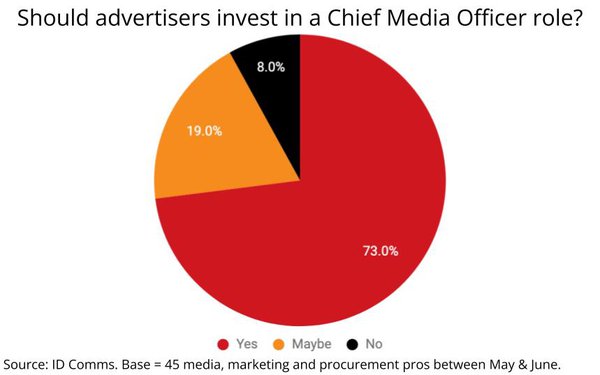