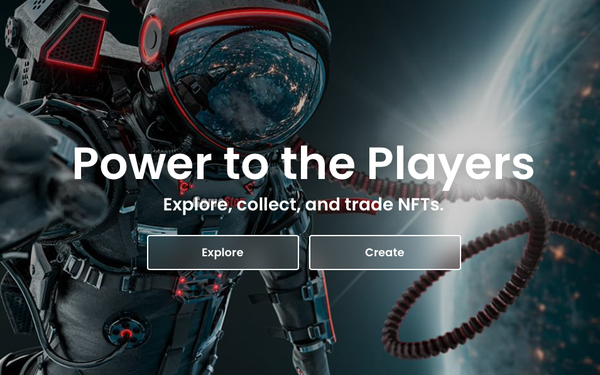 The move shows the company's focus on preparing for Web3. As the tech world becomes more convinced of the use cases of technologies like blockchain and cryptocurrencies, companies don’t want to be left behind.

In a press release, GameStop said the NFT marketplace would eventually expand to offer features such as Web3 gaming. It has already launched a $100 million-dollar grant program with Immutable X, a platform used by some NFT games and built on Ethereum.

Viewed by many as a legacy retailer with too large a real estate footprint, the company is trying to win over investors, reported CNBC. As of January 29, Gamestop was operating 4,573 stores, 3 thousand of which are in the U.S. and additionally owns the EB Games and Micromania names.

However, there are several factors working against the success of this new endeavor.

While NFT activity has actually remained steady (although sales have fallen), there are huge competitors in the space, such as OpenSea, the largest NFT marketplace to date. Crypto is also on the decline, as many believe we are approaching a “crypto winter” in which crypto exchanges like Coinbase and Crypto.com are announcing hiring freezes and layoffs. Not to mention, the value of digital currencies has plummeted.

In what GameStop is calling a “public beta” phase, the NFT marketplace features over 53,000 individual NFTs for purchase, in addition to 200 collections.