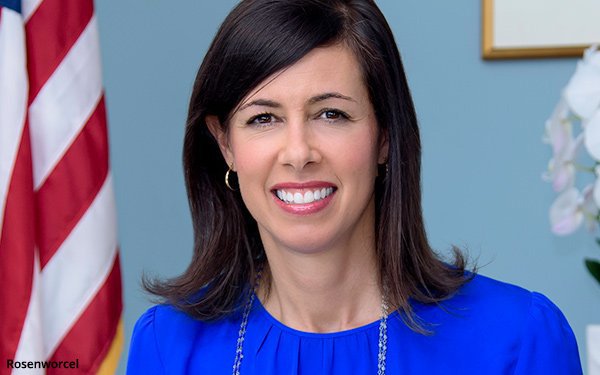 The head of the Federal Communications Commission on Friday proposed redefining broadband as speeds of at least 100 megabits-per-second service for downloads -- four times faster than the current benchmark of 25 megabits per second.

“The needs of internet users long ago surpassed the FCC’s 25/3 speed metric, especially during a global health pandemic that moved so much of life online,” FCC Chair Jessica Rosenworcel, who has long advocated for a faster benchmark, stated Friday. The current standard was set in 2015.

The FCC relies on its definition of broadband when issuing its annual deployment report, which influences the agency's approach to broadband policy issues.

Rosenworcel also said Friday that the next report on broadband deployment should consider not only the speed of available connections, but also affordability, availability and other factors.

Last July, the nonpartisan Government Accountability Office said the minimum speed benchmark of 25/3 Mbps “is likely not fast enough to meet the needs of many small businesses, particularly with regard to upload speeds.”

That office recommended that the FCC solicit comments and evaluate small businesses' broadband needs regarding speed, then draw on its findings when determining the definition of broadband.

The trade group Incompas -- which counts online video providers like Amazon, Google and Netflix among its members -- has argued for an even faster benchmark of at least 1 gigabit per second.

On Friday, Incompas again endorsed a benchmark of at least 1 gigabit.