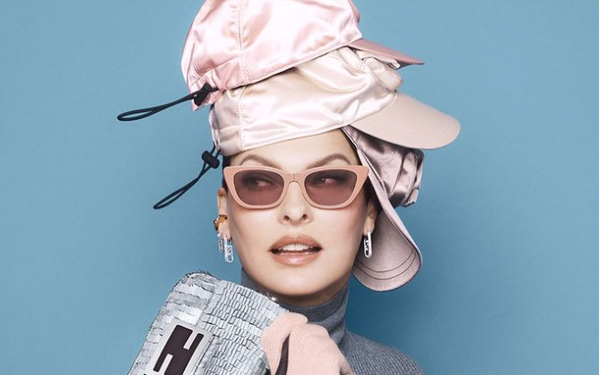 News of a dramatic increase in plastic surgery hit my inbox recently, and I didn't think much. More pent-up COVID demand, I figured. More people hoping to put their best in-person face forward.

Then supermodel Linda Evangelista, who has been in forced retirement due to botched plastic surgery, announced she is back in business.

Just in time for New York Fashion Week, she's the "new" face of the Fendi Baguette, about to celebrate a 25th birthday. (It's the handbag's birthday, not the supermodel's. She's 57.)

There's a lot to think about in those two bits of news.

First, let's hear it for bravery. Evangelista, who famously remarked in 1990 that she wouldn't get out of bed for less than $10,000, went public last year about her ordeal.

On her Instagram account and then in People magazine, she described how CoolSculpting's fat-reduction procedure left her "permanently deformed."

She recently settled her suit with Zeltiq, which owns CoolSculpting. (It's now owned by AbbVie, Botox's parent.) "I look forward to the next chapter of my life with my friends and family and am happy to have put this matter behind me," she writes on Insta.

While complications from plastic surgery are rare, botched procedures and overdone celebrities have long been tabloid favorites.

Usually, the famous female in question slinks off to semi-permanent seclusion. Evangelista also dropped out of the fashion world for five years.

But by going public, she faced down some taboos. First, she admitted she had the work done and looked worse than before. Then she went after the company she said failed to adequately warn her of the risks. And now, she's back in the public eye -- including an ad campaign for a revered luxury brand.

Body procedures, including the type that caused Evangelista her misery, grew more than any other, up 63%. And women accounted for 94% of all procedures.

Given the onslaught of "love yourself the way you are" messaging aimed at women, it might seem like all that #bodypositivity, #fatacceptance, and #nofilter hash-tagging is just a bunch of hooey.

Then again, it may be that honesty, a la Evangelista, is reducing stigma. The obsession with social media has made women more experimental -- even more open about their insecurities. Maybe, women can believe they are both gracefully accepting aging and feeling more empowered to ward it off with a knife.

Or maybe there's no logic. That's why it's unremarkable that Evangelista wears multiple baseball caps in the ad. Or even that Fendi, based in Italy, named its famous bag after a loaf of French bread. Or that even used Baguettes cost as much as many types of plastic surgery.

It's fashion. It's not supposed to make sense.