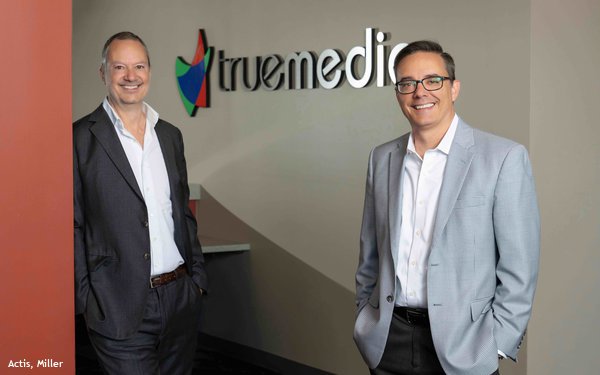 Actis was most recently president at Kruskopf and Co., a full-service ad agency in Minneapolis and before that was Midwest regional president at Interpublic Group’s Initiative in Chicago. He got his start in the industry with agencies including JWT and MRM/McCann as well as at Messner where he was part of one of the industry’s first digital departments.

In between he spent five years in Asia, as president of Mediacom’s China agency as well as president and managing director at Neo, Ogilvy’s performance marketing agency, headquartered in Hong Kong. At Mediacom he oversaw strategic growth, evolution and scaling of media investment for consumer goods clients in China’s digital marketplace. At Neo he led the strategic direction, business operations, product and growth strategy and overall media investment.

True Media was founded in Columbia, MO in 2005 by Jack Miller, CEO True Independent Holdings and subsequently expanded to Canada in 2007, where where it now has offices in Calgary and Toronto. Additional U.S. offices include Minneapolis, St. Louis, and Kansas City, MO.

The U.S. operations posted revenue growth of 20% last year and increased staff by 13%.