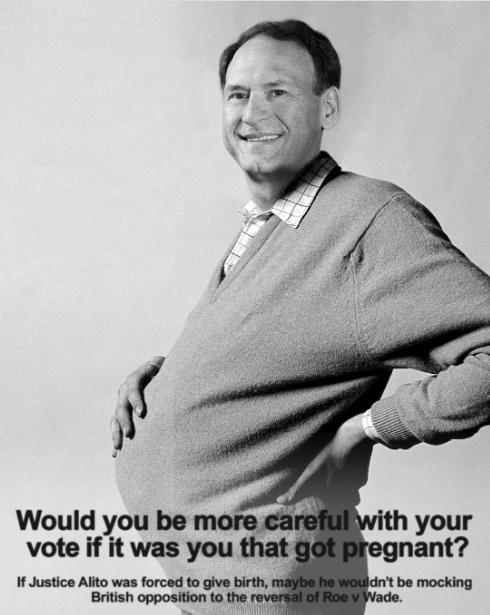 In a show of solidarity for Americans who lost control of their bodily rights following the Supreme Court's overturning of Roe v. Wade, Saatchi & Saatchi has revived an iconic ad campaign originally created to spur use of contraception in the U.K. more than half a century ago (see below).

"Our iconic Pregnant Man advert has no business being this absurdly relevant 52 years later," the agency said Saturday in a post on Twitter. "Abortion is a human right. #RoeVWade"
In the updated version (above), the agency shows the same black and white torso of a pregnant man, but superimposes Supreme Court Justice Samuel Alito's face on it. Alito's draft opinion was the basis for overturning Roe, and Saatchi's updated copy on the ad notes, "Would you be more careful with your vote if it was you that got pregnant?"
Followed by the kicker: "If Justice Alito was forced to give birth, maybe he wouldn't be mocking British opposition to the reversal of Roe v. Wade."
The kicker is a clear allusion to quips by Alito mocking British figures such as Boris Johnson and Prince Harry criticizing the court's ruling.

"We should be using every platform we have in the U.K. to show support for women's rights as they are rolled back in the U.S.," Saatchi Chief Creative Officer Frank Goodwin stated, adding, "We are proud to be able to lend this iconic piece of Saatchi & Saatchi creative to highlight the hypocrisy of the regression of the Supreme Court's decision." 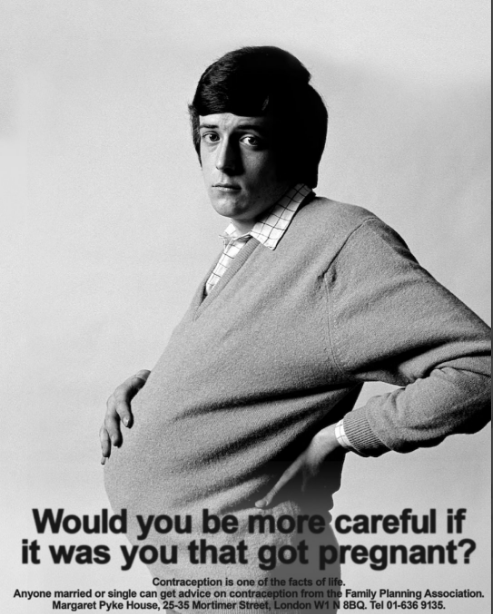