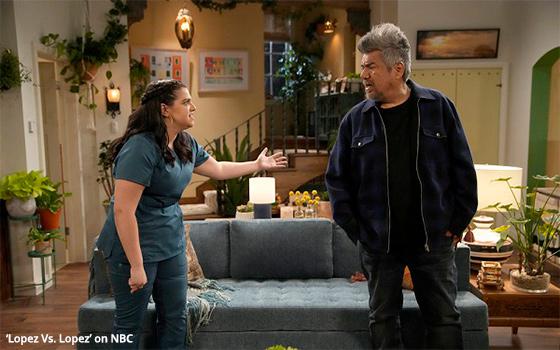 The upcoming fall TV season is shaping up to be so quiet that it is almost as if the networks are approaching it on tiptoe.

Many would agree that the concept of a fall television season has taken on a vestigial air since network TV is really the only portion of the vast television universe that still clings to the idea.

At the same time, the concept of introducing new lineups and new shows all at the same time of year -- at the nexus of summer and autumn -- presents an opportunity for promoting the fall season as if it still is a big deal.

But this year, the four legacy broadcast networks do not have all that much to promote when it comes to new content.

The TV Blog counted 10 new shows all told on the networks’ fall schedules. Three of them are blasts from the past.

“The Real Love Boat” on CBS turns the old “Love Boat” into an unscripted reality show. “Quantum Leap” on NBC literally leaps back into the past. “Celebrity Jeopardy!” is now to become a regular, weekly series Sunday nights on ABC.

With four new shows, CBS has the most new ones this fall, although the shows hardly break the network mold. Besides its new “Love Boat,” CBS has a new lawyer show, “So Help Me Todd”; a cop show, “East New York”; and a firefighter drama, “Fire Country.”

In a press release in June announcing the fall premiere schedule, the network promoted each of the new scripted shows with sparkling superlatives.

NBC has only one other new show on the fall schedule besides “Quantum Leap” -- “Lopez Vs. Lopez,” a family-based sitcom starring George Lopez and his real-life daughter Mayan Lopez (both pictured above). The show is George Lopez’s fourth sitcom.

In addition to “Celebrity Jeopardy!,” ABC has only two other new shows on the fall schedule and one of them is an attempt to build a franchise from an existing hit.

The new show is “The Rookie: Feds,” starring Niecy Nash-Betts as the oldest rookie in the FBI Academy. Her character was first seen in “The Rookie,” from which this new show has been spawned.

The other new ABC show is a one-hour drama starring Hilary Swank about a newspaper in Alaska.

The show appears to be titled “Alaska” at the present time, but at the time that it was announced last spring, it was called “Alaska Daily.”

A newspaper drama coming to TV is great to see, but many younger viewers might be asking, “What’s a newspaper?”

As for Fox, only one new show appears on its fall schedule -- “Monarch,” a one-hour drama about a fictional country music dynasty starring Susan Sarandon, 75, and country singer Trace Adkins, 60, as matriarch and patriarch.

This one too does not exactly pass the originality test. Its scenario about a dynasty revives memories of “Dynasty” and other such prime-time soaps, among them another prime-time soap set in the world of country music -- “Nashville” -- which ended just a few years ago in 2018.

Some might even be asking this question about “Monarch”: What is it doing on Fox? Did CMT pass on it?