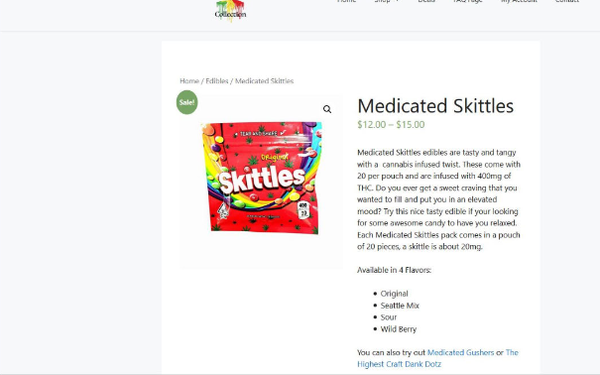 Wrigley has emerged victorious in a trademark-infringement case against a company that has sold cannabis-infused products online labeled “Medicated Skittles” and “Medicated Cannaburst Gummies.”

It’s one of multiple lawsuits that Wm. Wrigley Junior Co. has filed against companies using brand names that explicitly use Wrigley trademarks or close similarities.

Last month, a consent decree was reached in the U.S. District Court for the Central District of California between Wrigley and Steven Mata, who conducts business as OC420—which sells edible cannabis products.

In May of 2021, Wrigley had claimed that “Medicated Skittles” and “Medicated Cannaburst Gummies” infringed on the company’s longtime trademarks for Skittles and Starburst.

According to the District Court’s final judgement—upon which the consent decree between Wrigley and Mata is based—Mata “took such actions with full knowledge of, and in willful disregard of, Wrigley’s intellectual property rights, and with the intent to take advantage of the good will that Wrigley has developed in the Wrigley Trademarks.”

The judgment orders Mata and affiliated entities to recall the affected products, packaging and advertising and turn over all profits from the products to Wrigley. It also mandates statutory damages of $2 million per counterfeit trademark and that Mata pay Wrigley’s legal fees and associated expenses..

According to Jihee Ahn, an attorney with the Harris Bricken law firm, the judgement is “nothing short of a cautionary tale and a powerful reminder to cannabis companies. Parody is NOT a defense to trademark infringement in this type of commercial context,” Ahn wrote in a blog post last week.