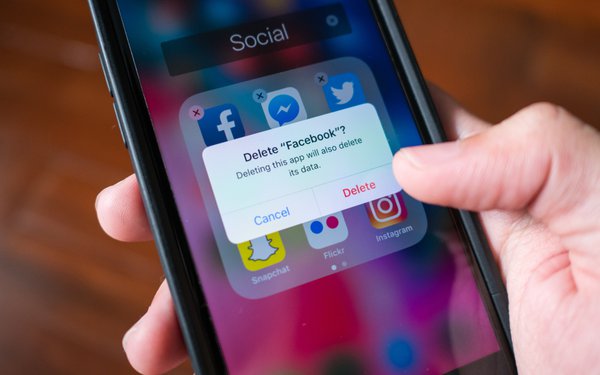 “Delete Facebook” is once again trending on social media, this time due to news that Facebook provided law enforcement authorities in Nebraska with private chat messages that are being used in a criminal abortion prosecution.

Facebook handed over the messages before the Supreme Court overturned Roe v. Wade, but news of the criminal case is breaking at a time when people increasingly expect that data held by tech companies will be used to prosecute women seeking abortions.

This latest debacle for Facebook dates to a criminal investigation that began in Norfolk, Nebraska, on April 26. That's when police, apparently acting on a tip, started looking into whether 17-year-old Celeste Burgess suffered a miscarriage, or gave birth to a baby who was asphixiated shortly after being born.

Detective Ben McBride questioned the teen, who said she miscarried. When McBride asked for the date, she allegedly looked through her Facebook Messenger account and showed him a message she sent to her mother, Jessica Burgess, on April 22.

Around six weeks later, McBride sought a search warrant for a host of Facebook data, including all of Celeste Burgess's “private messages” sent after April 15.

He added that the single message he had already seen between the teen and her mother led him to believe there may be other statements “that might indicate whether the baby was stillbom or asphyxiated.”

A judge issued the search warrant -- along with a gag order that prohibited Facebook from informing Burgess about the search. That gag order has since been lifted.

The messages allegedly revealed that the teen and her mother discussed a medical abortion. The mother allegedly said in one of the messages that she had obtained abortion pills, and gave her daughter instructions.

Celeste Burgess is believed to have been around 23 weeks pregnant at the time. Nebraska outlaws abortions after 20 weeks, unless the pregnancy endangers the mother's life, or severely compromises her health. Jessica Burgess is now facing criminal charges for allegedly performing an abortion at more than 20 weeks, while Celeste Burgess is being charged with concealing a death, and related crimes.

Facebook, clearly on the defensive, stated on Wednesday that it received “valid legal warrants” -- that didn't mention abortion -- from local law enforcement authorities.

The company apparently didn't attempt to challenge the police -- though even if Facebook had done so, the law may not have been on its side. In New York, the state's highest court ruled in 2017 that Facebook couldn't challenge search warrants for its users' data. Instead, Facebook users were the only ones who could challenge the search warrants, and only after they were executed.

But even if Facebook has to comply with search warrants, there are steps it (and other tech companies) can take to better protect users' privacy -- such as beefing up encryption. Currently, Messenger users can turn on a setting to encrypt messages, but the service doesn't use encryption by default.

Already, advocates are calling on Facebook to encrypt all messages automatically.

“Meta has the ability to make end-to-end encryption the default for all of its messages, ensuring that no one but the message senders -- not even people at Facebook or Instagram themselves -- can access private conversations,” the watchdog Fight for the Future stated Wednesday. “Taking the small step of enabling end to end encryption by default would simply provide built-in protection for all users of these services, including those who need it the most.”