When It Comes To The Metaverse Rapport's OOH Man Is From Mars, Mediahub's Is From The Moon 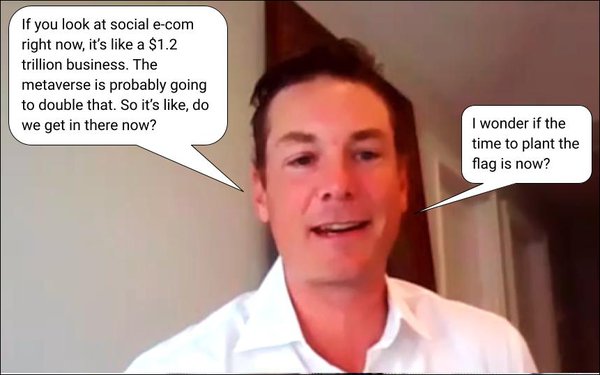 A mid-year review of the out-of-home media-buying by top agency executives Wednesday went well beyond the current year. The current planet too.

Asked what new and emerging technologies are transforming out-of-home's growth as a medium the subject of the metaverse inevitably came up during the webinar hosted by the Ad Club of New York, but most felt it's just the ad industry's next new subject du jour and unlikely to have any real bearing for the out-of-home industry for years to come.

“I think it’s a shiny new toy right now," was how Horizon Media Senior Vice President-Director of Out-of-Home Marc Fenty characterized it, which prompted Chris Olsen, U.S. president of IPG Mediabrands' Rapport Worldwide to concur, but add, "I wonder if the time to plant the flag is now."

Olsen went on to compare it to "social ecommerce," which not long ago might have seemed like a shiny new ad industry toy, but is now a "$1.2 trillion business.

"The metaverse is probably going to be double that," he continued, adding, "So, it's like, do we get in there now?"

"Yes, I think we need to plan the flag," Mediahub Executive Vice President and Executive Director Alejandro Clabiorne agreed, adding however that he wouldn't plant out-of-home's emerging technology flag in the metaverse, but in continuing to explore and develop something with more immediate real-world payoffs: augmented reality (AR).

"If I had to choose where I would plant my flag now, I think in this case, if AR is the moon, the metaverse is Mars," he said, extending the metaphor a great distance.

All the execs agreed the metaverse, as well as various mixed reality applications including AR, virtual reality (VR), etc., have profound implications for impacting out-of-home media -- both in terms of its role in media planning, as well as in creative executions and innovative brand experiences for consumers, but Mediahub's Clabiorne's point was that AR is in the here and now, and that agencies and brands have only just started scratching the surface of it.

Rapport's Olsen said he agreed, noting, "Static [out-of-home media ads] in the metaverse doesn't work. It's got to be something that brings additional interaction."

He went on to cite an example of a recent campaign by Nike utilizing mixed reality that featured a conventional digital video of people running, but augmented it via virtual reality so that it appeared as if they were running in exotic places.

He described it as a "hybrid" or real life and virtual reality and said it was an example of what the out-of-home industry should be beginning to do.

“The metaverse, for us, is a little ways off," he said. "I just don't want to get behind."

In terms of the nearer term, all the execs agreed that out-of-home media spending continues to be growing at double-digit rates, and while some other media -- particularly traditional ones like linear TV -- are beginning to see ad budget cuts due to fears of an economic downturn, out-of-home so far is showing no signs of that -- at least through the second half of this year.

Beyond that, they cautioned, things could change depending on what happens with the economy and individual marketing categories. 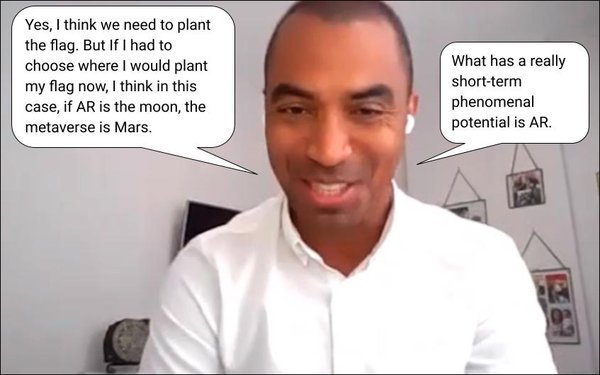 1 comment about "When It Comes To The Metaverse Rapport's OOH Man Is From Mars, Mediahub's Is From The Moon".
Check to receive email when comments are posted.
Next story loading