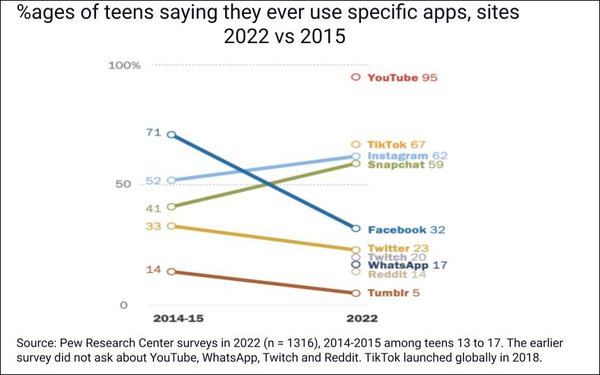 TikTok, which didn’t launch globally until 2018, is currently used by 67% of these teens.

More than a third (35%) of teens say they are using at least one of five apps —YouTube, TikTok, Instagram, Snapchat or Facebook — “almost constantly.” Nineteen percent say they use YouTube almost constantly, while 16% and 15%, respectively say the same about TikTok and Snapchat.

Older teens are more likely than younger ones to use each of the online platforms asked about, with the exceptions of YouTube and WhatsApp. Notably, for example, 73% of those 15 to 17 say they ever use Instagram, versus 45% of those 13 to 14.