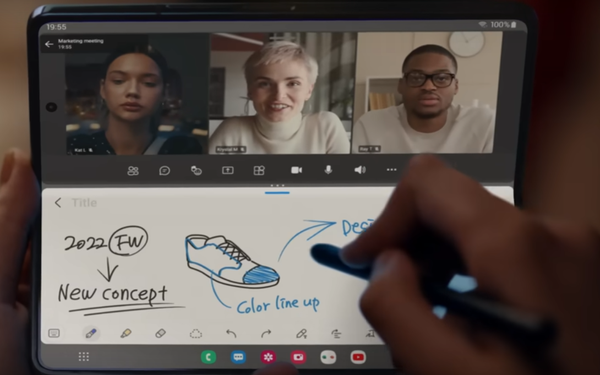 Samsung presents its Galaxy Z Fold4 as a device one can use to get work done and play games, in a new ad from Publicis Groupe.

This ad features a woman who uses “the ultimate multitasking machine” as a device to shop and play games with, group chat, and work on a spreadsheet.

The foldable phone is on sale for $800 via Verizon, AT&T, T-Mobile and U.S. Cellular. A recent review lauded Samsung for tweaking the design. “I can say that the Fold 4 feels less awkward to use in one hand, thanks to its slightly wider shape,” the review from Endgadget reads.

The ad comes as Samsung took the top spot for global smartphone sales in 2021, according to IDC, which noted that it had seen strong interest in foldable phones.

However, IDC reported in July that phone shipment dropped 8.7 percent year over year, a trend IDC attributed partially to inflation.