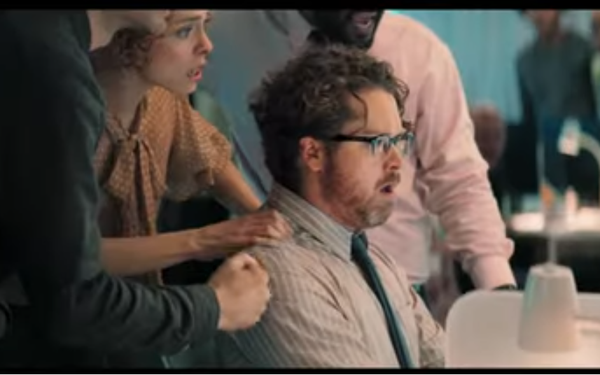 A group of workers gathers around to celebrate the fact that a man named Mike is about to reach 1,000 slides in a client presentation.

As he gets to number 998, he realizes he needs to highlight product delivery. “Get me an incomprehensible graphic ASAP!” he yells. As he gets to slide 1,000, Mike frantically realizes that he didn’t save it. Then, quickly, he does. Then a headline appears in the ad:  “Enough with the old consultancy bullsh*t.”

Globant is one of Latin America’s top IT companies. This ad, via Gut, Buenos Aires, presents Globant as a company that stands apart from others in the space, but as a columnist for ZDNet mentions, “Globant’s website seems to be riven with buzzphrases from consultant types—fully embraced by tech companies, of course.”

An ad released earlier this year presented Globant as “the company you probably don’t know, behind many of the digital transformations you do know.” That ad did a better job presenting the company. The new one could be an IBM ad from 2005.