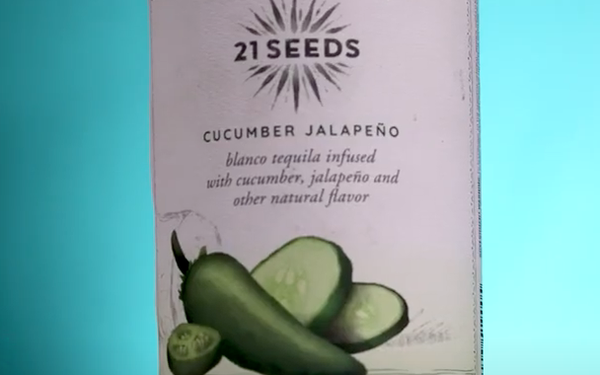 Tequila’s continued rise in popularity landed three brands in the ranks of the 10 top-selling spirits on D2C platform Drizly during the first half of 2022.

The other seven categories were nearly evenly divided between bourbon/whiskey (4) and vodka (3).

Not one gin brand landed in the top 20—even though Tanqueray and Hendrick’s made it into the top 20 spirits in the first half of 2020.

Particularly noteworthy has been the rapid rise of Mexico-based Clase Azul tequila, which was #19 in Drizly sales as recently as the first half of 2020, but jumped to #3 this year.

Ahead of Clase Azul in the #2 spot was Casamigos Blanco, which since 2015 has been a part of the ever-expanding tequila portfolio of Diageo.

In 7th place was Compari Group’s Espolòn Tequila Blanco, whose roots date to the late 1990s.

“Several trends have driven growth of the spirits category over the past few years, including the rise of the tequila and ready-to-drink categories—well as growth in at-home cocktail making and premiumization,” Liz Paquette, Drizly’s head of consumer insights, wrote in a recent report.

In the first half of this year, Diageo increased its presence in the premium space by acquiring San Francisco-based 21Seeds, which is a super-premium tequila flavored with fruit juice.

In the same time frame, Diageo reintroduced super-premium tequila brand Astral, which it picked up in its 2020 acquisition of New York-based Davos Brands.

Drizly says that its spirit sales are split 50-50 between men and women.

From a generation standpoint, millennials over-index on whiskey, tequila, ready to drink beverages and mezcal, while Gen Z over-indexes on the Korean drink soju, tequila, RTDs and rum.