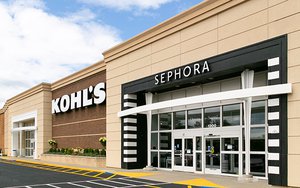 Kohl's latest quarterly report shows plenty of troubling trends, with sales and profits declining. But the massive cut in its forecast is what's worrying observers–and causing critics to pile on.

The Menomonee Falls, Wisconsin-based retailer names its year-old partnership with Sephora as a significant bright spot, announcing it will now expand this "transformative partnership" to all of its 1,100-plus locations, up from the 600 it's opened to date.

But that news wasn't enough to distract from its second-quarter report, which sent investors scrambling. The company's stock price declined as much as 9% after its announcement.

While grim, those results had mostly been expected. But it stunned observers by slashing its forecast for the full year and now says it expects an overall sales decline of between 5% and 6%. And it expects full-year earnings between $2.80 to $3.20 a share, down sharply from its earlier prediction of $6.45 to $6.85.

"Second-quarter results were impacted by a weakening macro environment, high inflation and dampened consumer spending, which especially pressured our middle-income customers," says Michelle Gass, Kohl's CEO, in its release. "We have adjusted our plans, implementing actions to reduce inventory and lower expenses to account for a softer demand outlook."

Critics aren't buying all of those macroeconomic excuses, especially as stores like Target and Walmart are reporting sales gains, both from higher-income customers trading down and inflated prices.

Citing Kohl's "chronic underperformance" relative to the broader market, Neil Saunders, an analyst with Global Data Retail, said "the company has lost the plot in terms of merchandising and range planning."

He points out that compared to the pre-pandemic quarter in 2019, this quarter's results are down 7.7%.

"This represents a significant loss in market share as the whole market grew extensively over this period," he noted.

"It's hard to imagine how inept they are," one shareholder said of current management, in comments on Yahoo! Finance.

Most see the Sephora expansion as good news.

Kohl's says the first 200 stores with a Sephora unit, which began opening last year, have sales ahead of non-Sephora stores by percentages in the high single digits. And the remaining 400 have increased sales by by mid-single digits.

It anticipates that Sephora at Kohl's will achieve $2 billion in annual sales by 2025. The partnership has netted it 1 million new customers, who tend to be younger, more diverse and more frequent shoppers.

As a result, it plans to intensify Sephora-related marketing spending moving into the holiday quarter.

"The contrast between a bright and orderly Sephora and the dismal disarray of the rest of Kohl's is like going from The Shire into Mordor," he says. "Relying on Sephora to revitalize the wider business is folly. It is a part of the solution, not the solution itself–as JC Penney, which used the same approach, found out to its cost."

Others are taking a more measured view. Deutsche Bank still rates Kohl's as a buy, while noting middle-class shoppers are making fewer shopping trips and spending less per transaction.

And Morningstar, while acknowledging the disappointments and poor performance, still views Kohl's as undervalued. "Although its recent execution has left much to be desired,” writes analyst David Swartz, “the company owns valuable real estate that it may monetize and remains committed to returning cash to shareholders."