Higher Sports Rights Fees: Not Slowing Down On Linear TV -- Or Streaming 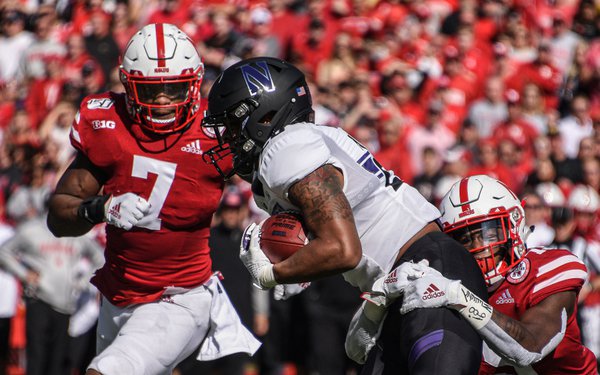 TV sports rights are not slowing down. And we are not even talking about the big four professional sports leagues. Just look at one expanding college sports conference -- The Big Ten Conference.

The growing soon-to-be 16-member Big Ten conference just struck an eye-opening record $7 billion media rights deal for seven years with Fox, CBS, and NBC, according to reports -- the richest ever on an annual basis for any college sports rights groups.

Big Ten colleges have been traditionally centered in the midwest -- generally Michigan, Wisconsin, Minnesota, Ohio. But the conference keeps growing, now stretching from Rutgers, in New Jersey, to Nebraska, and in two years to California, with USC and UCLA.

Sean McManus, chairman of CBS Sports, emphasized scale in concerning the deal when talking with the AP: ''The national footprint [emphasis added] of the Big Ten... was a very attractive deal for us.”

For all TV networks (including with their streaming platforms) its key advertising marketers, for Big Ten games, will now be in the top four U.S. markets, New York, Los Angeles, Chicago and Philadelphia for its college institution members.

One major change is that there will be no ESPN, which for decades had Big Ten sports games.

Paramount and NBCU will not only air games on CBS and NBC TV networks, but also for their growing and needy streamer platforms, Paramount+ and Peacock, respectively. Fox will get Big Ten games on Fox Television Network as well as for cable networks for FS1 and Big Ten Network (of which Fox is a 61% owner)

This trend says that linear TV isn’t quite dead.

But six or seven years from now, more sports will almost be assured of going to streamers, or will be shared more with TV networks: Some recent exclusive deals for digital-first companies: Apple TV+ (“Friday Night Baseball”) and Amazon Prime Video (“Thursday Night Football”).

Robert Fishman, media analyst at MoffettNathanson Research, says with reference to the Big Ten Conference deal: “We see no signs of slowdown for top tier sports rights, although media secular headwinds are increasing,” coming from cord-cutting and slowing advertising.

Still, he says: “Sports remains the glue to the media ecosystem.”

For steaming platforms, linear TV and sports continue to look for stronger adhesion even as more digital-first companies to break some legacy bonds.