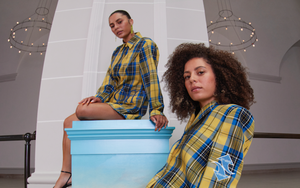 Both Macy's and Nordstrom released quarterly earnings better than Wall Street expectations. But they also trimmed their predictions for the remainder of the year, signaling slower sales heading into the holidays.

Nordstrom says its total sales rose 12% to $3.39 billion, compared to $3.56 billion in the same period a year ago. Sales at the Nordstrom division gained 14.7%, while those at Nordstrom Rack rose 6.3%.

Men's apparel was the best-performing category, followed by shoes, women's apparel and beauty, all gaining in the double digits. And sales at its Anniversary event climbed 5%.

But the Seattle-based company says it sees slow times ahead. "Customer traffic and demand decelerated significantly beginning in late June, predominantly at Nordstrom Rack," says Erik Nordstrom, chief executive officer, in its announcement. "We are adjusting our plans and taking action to navigate this dynamic in the short term, including aligning inventory and expenses to recent trends."

As a result, it predicts a sales gain of between 5% and 7%, compared to its previous forecast of between 6% and 8% for the full fiscal year.

Similar trends are impacting Macy's. There, sales in the second quarter dropped 1.5% to $5.6 billion, from $5.64 billion in the same period last year.  Digital sales fell 5% compared to the previous year, but represent a 37% gain versus the second quarter of 2019.

"We believe that we are well positioned to respond to changing consumer behaviors," said Jeff Gennette, chairman and chief executive officer, in the company's release. Despite inflationary pressures, "we expect to come out of this uncertain period in a strong position."

Both Bloomingdale's, with a sales gain of 8.8%, and Bluemercury, up 7.6%, outperformed expectations.

The company says sales have continued to slow since Father's Day, so it is taking steps to get rid of old inventory, with markdowns especially pronounced in such pandemic-related categories as active, casual sportswear, sleepwear, and soft home goods.