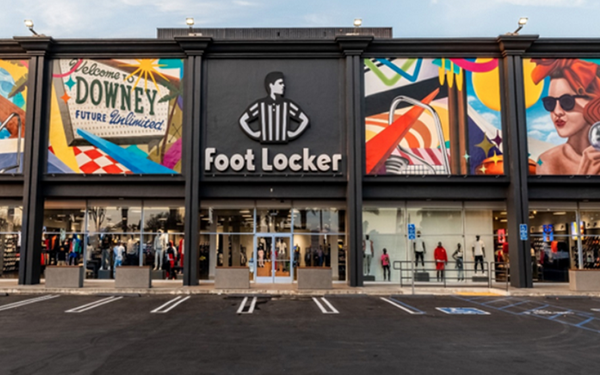 The company announced the appointment of Dillon, a former CEO at Ulta Beauty, the same day it reported a 10.3% quarterly sales decline and a more subdued forecast for the months ahead.

The news encouraged investors, who hope Dillon might be able to sprinkle some of that Ulta magic on sluggish results at the sneaker chain.

Richard A. Johnson, chairman and CEO, will retire. He has been with the company for more than 30 years.

Dillon, who oversaw Ulta’s meteoric growth, is credited with much of its digital strength and loyalty program innovations. She joins the sneaker giant with more than 35 years of experience in marketing, including stints at U.S. Cellular, McDonald’s and PepsiCo before joining Ulta.

That makes Foot Locker a rare public company, with a woman running the executive suite and another running its board.

For the second quarter, Foot Locker’s total sales fell 9.2%, to  in the second quarter of 2021. Sales declined 6.1%, excluding currency fluctuations. Net income plunged to , compared to $430 million in the comparable period of last year.

“We believe the appointment of Mary Dillon -- who brings significant credibility among investors -- can support greater optimism in the intermediate/longer-term outlook,” writes Jonathan Komp, an analyst who follows the retailer for Baird.

Baird, which continues to rate the company as neutral, is especially hopeful about Dillon’s omnichannel skills. Komp acknowledges that Foot Locker will require a somewhat different skill set. But he thinks “Dillon can have an immediate effect on Foot Locker’s overall pace of organizational change in the areas of digital engagement and pursuit of new revenue initiatives.”

That’s become increasingly important as Nike continues to shift its allocations away from Foot Locker and more toward its own channels.