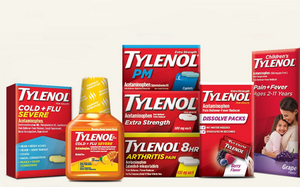 The planned consumer product spinoff of Johnson & Johnson now has a designated chairman of the board: Larry Merlo, who retired as president and CEO of CVS Health in 2021 after a decade in the position.

When J&J splits into two companies, an event subject to legal “consultation with works councils and employee representatives,” Johnson & Johnson will be devoted to pharmaceuticals and medical devices, while the consumer company will handle such products as Tylenol, Band-Aid, Neutrogena, Aveeno, Listerine and Johnson’s.

According to Reuters, “Companies have been breaking up their businesses amid a growing consensus that they perform best when the focus is streamlined, as well as increasing pressure from activist investors to boost shareholder returns