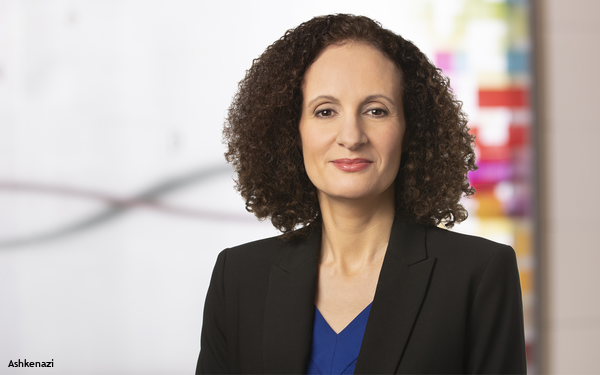 On the other hand, she noted, one brand name would provide marketing efficiencies.

The final decision will be based on market research, she explained.

As an example, she cited Lilly’s launch of Prozac in the 1980s. That drug also had two indications, one for depression, the other for  PMDD (premenstrual dysphoric disorder). “When we did the market research, we found that women did not want to be associated with a depression indication, so  for [the PMDD product], we launched under a different brand name called Sarafem ” (the brand has since been discontinued.)

When it came to Lilly’s Cialis in the 2000s, however, the market research had a different result. While the drug was indicated for both erectile disfunction and BPH (enlarged prostate), the company decided one brand name would suffice in the marketplace.

Obesity would represent a whole new category for Lilly, which is already a major player in the diabetes category with Trulicity as well as in the depression arena.

Noting that the overlap between diabetes and obesity patients is about 15% to 20%, Ashekenazi said that Lilly would want to shift the conversation around obesity “from just a weight loss conversation to actually improving health” -- whether it’s marketed in tandem with the diabetes indication or as a separate brand. “People [need] to actually start thinking about obesity as a medical condition,” she said.

Again, she drew a comparison with Prozac.

“When Prozac was launched, depression wasn’t discussed as much as it is today. [Now] everyone understands it’s a medical condition,” she explained. While Mounjaro obviously treats different symptoms that Prozac, the situation will be “similar in terms of educating the marketplace and patients,” she noted.

Patients, she said, “ should feel comfortable talking to their physicians about a medical condition they have.”

Approved by the FDA for diabetes treatment in May, Mounjaro has yet to be approved for obesity.

In July, Morgan Stanley analysts, in a note reported by Fierce Pharma, said that Eli Lilly and Novo Nordisk “are poised to unlock a global obesity market that could be worth more than $50 billion by the end of the decade.”

Novo’s Wegovy was approved by the FDA for chronic obesity in 2021.

Novo’s Ozempic  also happens to be Lilly’s main competitor in the diabetes market.

The American Medical Association officially classified obesity as a chronic disease in 2013, Fierce Pharma wrote, with Morgan Stanley stating that obesity is the “new hypertension,” with the potential to become “the next blockbuster pharma category."