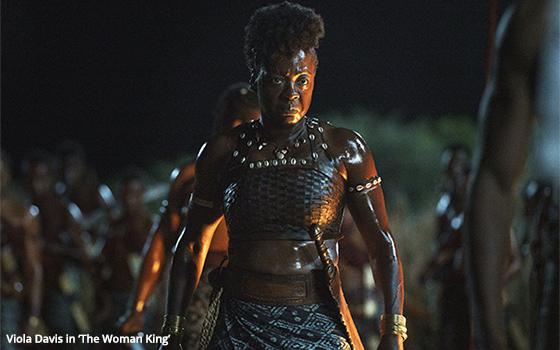 Sony was anticipating a top result of around $12 million, according to reports.

“Woman King'' -- about an all-female army in the West African Kingdom of Dahomey in the 18th and 19th centuries benefited from strong positive critical acclaim after the Toronto Film Festival, as well as a stellar 93 positive rating from Rotten Tomatoes.

For the most recent two week period, iSpot.tv says total impressions amounted to 442 million impressions for the movie-- second place against Walt Disney-Searchlight's “See How They Run” (460.7 million).

NBC, CBS, and ABC placed the bulk of “Woman King” national TV advertising in terms of estimated impressions -- 71.4 million, 65.1 million, and 50.2 million, respectively, according to iSpot.tv.

"See How They Run” spent an estimated $3.6 million in national TV spend (1,371 airings) for its entire campaign so far; “Pearl” registered two national TV airings on the CW, according to iSpot.tv.