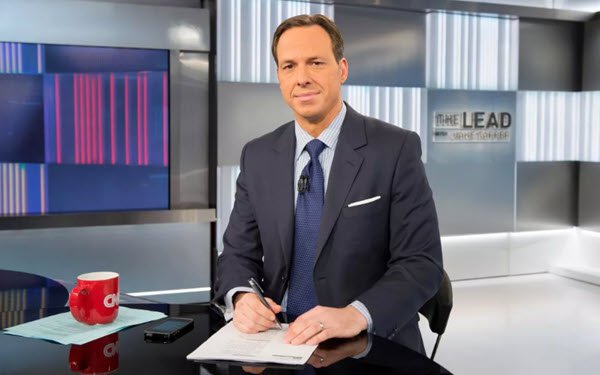 The CNN overhaul that’s been in process since the Warner Bros. Discovery merger early this year is now in full gear.

Yesterday, Chris Licht, who became CNN’s CEO in May,  announced a sweeping series of primetime programming changes from October 10 through the week of the midterm elections, including installing Jake Tapper as the anchor of the key 9 pm hour.

For now, it is unclear whether the changes will continue beyond the elections.

Tapper is CNN’s chief Washington correspondent and anchors “The Lead” on Sundays and “State of the Union” on weekday afternoons.

The 9 pm slot had been open since last December, when CNN fired star anchor Chris Cuomo over his having helped his brother, then New York Governor Andrew Cuomo, manage a crisis precipitated by multiple allegations of sexual harassment. Chris Cuomo’s actions spurred an internal investigation that led to then CNN CEO Jeff Zucker revealing a relationship with CNN executive Allison Golust. Both Zucker and Gollast resigned from CNN in February.

In announcing the primetime changes, Licht, who has openly stated his intentions to reduce opinion content in CNN programming — what he refers to as “partisan” coverage — declared that “the world has come to rely on [Tapper’s] no-nonsense approach to covering the news, especially during high-stakes election cycles.”

The primetime changes also include slotting Alisyn Camerota, co-anchor of “CNN Newsroom” in the afternoons, and Laura Coates, senior legal analyst, to anchor between 10 pm and midnight.

John Berman and Brianna Keilar, co-hosts of the existing “New Day” morning show to end later this year, will now fill in for Tapper on “State of the Union” between 4 and 5 pm ET.

“The Situation Room With Wolf Blitzer” will add an hour, to extend from 5 to 7 pm ET nightly.

“Erin Burnett OutFront” and “Anderson Cooper 360” will remain in their current time slots of 7 to 8 pm ET and 8 to 9 pm ET, respectively.

Some critics and staff have charged that Licht is being pressured by Warner Bros. Discovery CEO David Zaslav and major stockholder John Malone to reduce critical coverage of right-wing politicians and former President Donald Trump in particular. Malone has denied directly influencing editorial decisions, but acknowledged he would prefer a more “centrist” content direction.

In August, Licht cancelled CNN’s long-running Sunday media analysis show, “Reliable Sources.” Show’s host Brian Seltzer, who left the network, had defended the quality of CNN’s journalism under Zucker and said Malone and others had been unfairly characterizing the network’s coverage.

Changes since Licht took charge have also included shuttering the CNN+ app weeks after its debut, the morning show transformation, squelching on-air use of the term “The Big Lie” to describe former President Trump’s lie that he won the 2020 election, and decreased use of “Breaking News” chyrons.

Following the cancellation of “Reliable Sources,” Licht told staff that “there will be more changes, and you may not understand it or like it all.” He asked CNN staff to give management some time, “see how things develop and then give us feedback.”