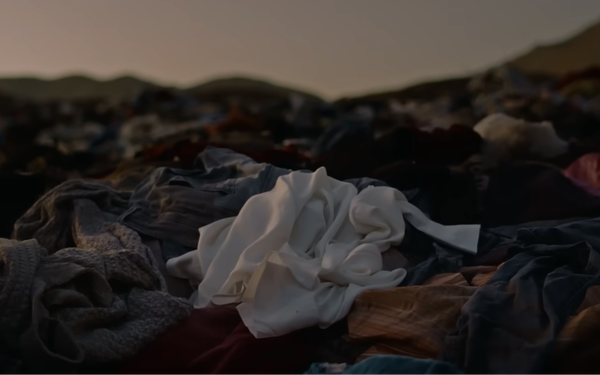 Electrolux is taking a unique stance on clothes durability. In a new ad, via Forsman & Bodenfors, Electrolux aims to “Break the pattern” of most clothes ownership.

The ad then states that “On average, clothes are discarded after 10 uses,” and that most such garments end up in garment graveyards like the Atacama Desert in Chile. The camera then settles on the woman in the beginning of the ad, who is holding a piece of clothing in her hands.

“The most sustainable clothes are the ones we already have,” says a caption.

Thematically, the ad is similar to a recent Levi’s ad that traces the ownership of a pair of jeans over 50 years. But the point of the ad from Electrolux, which makes washers and dryers, is to hold on to clothes instead of treating them like expendable items.

Whether Electrolux will be successful, especially as the ad goes up against a flood of apparel ads, remains to be seen, but it does add a new voice to the argument.