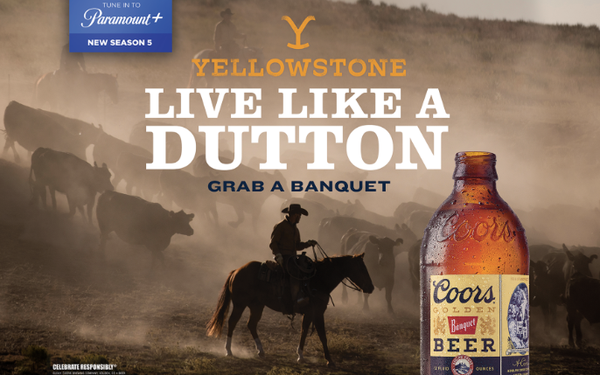 Italian lager Peroni Nastro Azzurro will cruise into the non-alcohol beer category in 2023 with Peroni 0.0, along with an expansion of its Formula 1 racing sponsorship to the United States.

Premium brand Peroni will continue to promote its Italian heritage with the launch of Peroni 0.0.

“We’re always finding ways to bring Italian flair into drinkers’ lives,” Joy Ghosh, vice president of marketing for Molson Coors’ above-premium brands, told an audience last week at the company’s distributors convention in Nashville. “Peroni 0.0 has been formulated to get as close to the classic Peroni taste as possible.”

In this commercial, titled “Live Every Moment” and filmed in Positano—a cliffside village on Italy’s Amalfi coast—young people party outdoors as a voiceover describes the beer as “crisp, refreshing and authentically Italian.”

Peroni 0.0 will extend the brand’s global sponsorship of the Aston Martin Formula 1 team to the United States with three races in Austin, Miami and on the Las Vegas strip next year.

Citing data from Nielsen, Molson Coors says that F1 is one of the fastest-growing U.S. sports—growing nearly 60% since 2021 and totaling more than 27 million fans.

In the four-week period ended Sept. 10, imported beer brands had a 26.6% dollar share of the U.S. market, according to NielsenIQ.

Molson Coors’ oldest brand in the United States, Coors Banquet will be the “official beer” of the "Yellowstone" series when season 5 begins on Nov. 13.

The company says the deal ensures that Coors Banquet “retains its presence in stars’ hands on screen” while gaining additional rights to use “Yellowstone” marks and imagery at retail and on digital channels.

New Coors Banquet displays will feature imagery and the icon from the series’ fictional Yellowstone Dutton Ranch, along with “Live like a Dutton,” a reference to the family that’s the focus of the show.