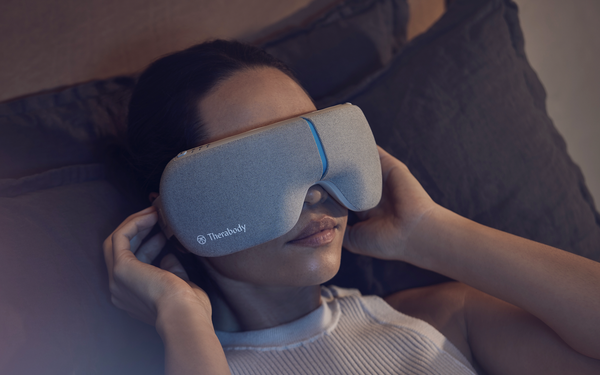 Therabody, maker of the Theragun massage therapy device, last week announced it had raised $165 million in growth equity from such investors as comedian Kevin Hart and NFL star Aaron Rodgers, and was launching eight products that expand the company into such areas as goggles and loungers.

It also debuted a social media video that has already garnered more than 400,000 views on YouTube.

The motivational-type video, produced by Heartless Studio, is titled “Keep Moving” and shows such brand ambassadors as NBA star James Harden, Paralympic swimmer Jessica Long and skateboarder Felipe Gustavo on the move, with brief shots of them using the massage device.

“Of the 7.78 billion of us on earth, no two bodies are alike. But they are all equal,” states a narrator. “We exist to keep your body and mind moving, because every body is a Therabody.”

The video also uses the song “Rise,” by J. Pollock and Tony Lucca, which aims to inspire with such lyrics as “You’ve got the fighter in you. It’s deep inside of you.”

Forbes’ David Phelan described Therabody’s Theragun, which launched six years ago, as a “persuasively effective way to restore over-exercised or otherwise poorly muscles to their prime.” From 2018 to 2021, the company says, its revenues increased more than 13X.

The company's new SmartGoggles are said to ease facial tension and headaches with vibration, heat, and massage and retail for $199.

The new Therabody Lounger, priced at $3,999 includes proprietary TheraSound technology, which  transmits sound waves through the body that are felt as vibration, like a musical massage.

Other new Therabody products include RecoveryTherm, which use “heat and vibration therapy and comes in two iterations: a device for knees (‘Ice packs and heating pads are a thing of the past,” the company declared) and a wearable device for pain in the lower back or body core. Priced at $399 and $249 respectively, each includes optimize recovery, rehabilitation, and pain relief.”

Therabody products are sold online, at 15 retail locations nationwide, and at five of its own Reset wellness centers located in the Los Angeles, Chicago, Philadelphia and Houston markets.