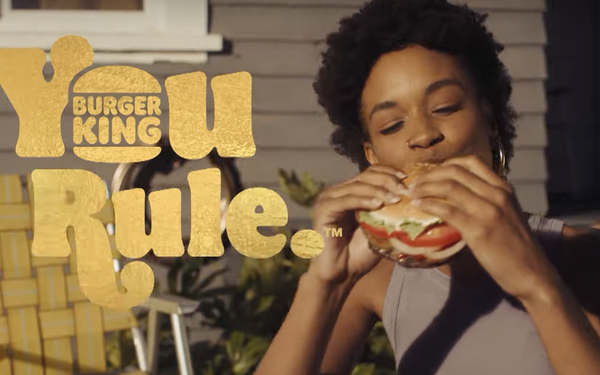 Burger King is tapping nostalgia but also updating its image with a new campaign with the tagline “You rule.”

The initial 60-second spot features a rap about making your own rules and not letting anyone rain on your parade. The visuals meanwhile show girls putting on makeup and listening to music with headphones interspersed with men riding bikes and rapping.

Though the visuals are very modern, thematically they hearken back to BK’s 1970s ads, which often featured singalongs and shots of people dancing. The ad also evokes the 1970s BK slogan “Have it your way,” which BK used from 1974-78, and then revived later.

The effort is the first from OKRP and is part of a $400 million plan to revive U.S. sales over the next two years. Of that, $120 million goes to advertising, as BK has upped that budget by 30%.