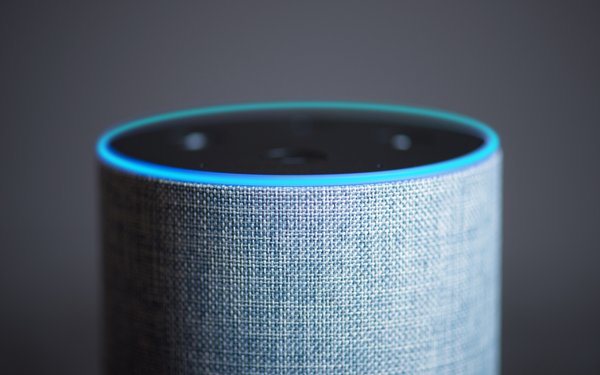 Amazon is pressing a federal judge to dismiss a lawsuit claiming that the company wrongly uses voice recordings captured by Alexa to target ads.

In papers filed Friday, Amazon argues that the allegations in the complaint, even if proven true, would only show that the company targets ads based on transactions people make via Alexa, as opposed to recordings of users' conversations.

“The central theory of this lawsuit is that Amazon uses Alexa voice recordings (i.e., the

captured sound of a user’s voice) to serve interest-based ads to that user,” Amazon writes in papers filed with U.S. District Court Judge Barbara Rothstein in the Western District of Washington.

“In their complaint, plaintiffs conspicuously never allege facts showing that Amazon uses Alexa recordings to serve interest-based ads (because they have no good-faith basis for that allegation),” the company adds. “The complaint instead uses the intentionally vague term 'voice data' for the notion that certain transaction data resulting from Alexa interactions is sometimes used for advertising. Yes, it is, and Amazon widely and clearly discloses that fact.”

The company's papers come in a dispute dating to June, when Ohio resident James Gray and Massachusetts resident Scott Horton brought a class-action complaint against Amazon for allegedly using “Alexa-collected voice data” for ad targeting. They raised several claims, including that Amazon violated users' privacy, and that it engaged in misleading and unfair conduct.

That report does not allege allege that Amazon secretly listened to conversations or directly shared voice recordings with third parties.

After the report was initially posted, Amazon said it “is not in the business of selling data,” and doesn't share Alexa requests with ad networks.

The company added: “Similar to what you'd experience if you made a purchase on Amazon.com or requested a song through Amazon Music, if you ask Alexa to order paper towels or to play a song on Amazon Music, the record of that purchase or song play may inform relevant ads shown on Amazon or other sites where Amazon places ads.”

In August, Amazon urged Rothstein to dismiss the complaint, arguing that the allegations -- even if proven true -- wouldn't show that the company used voice recordings for ad purposes.

The company also said its privacy policy “plainly discloses” that data about consumers' transactions may be used for ad personalization.

“If a customer buys dog toys from Amazon, that fact can be used to generate interest-based ads, regardless of whether the customer ordered by typing on amazon.com or speaking a voice command to an Alexa-enabled device,” the company wrote. “But records of the customer’s transactions, whatever the input medium, are different from Alexa voice recordings or transcripts themselves.”

Attorneys for Gray and Horton countered last month that Amazon didn't explicitly state that it could use Alexa “voice commands” for advertising, and that the company repeatedly told news organizations (including The New York Times and NBC) that it doesn't use voice recordings for ad targeting.

“Amazon tries to explain away its promises to not use recordings by attempting to differentiate between the voice recordings, themselves, and transaction records that Amazon creates based on those same recordings,” the Alexa users argued.

They added that the distinction between voice recordings and transaction records “seems to have been invented for litigation purposes.”

Amazon fired back Friday, arguing that there is a difference between voice recordings and transaction records.

“When a customer uses a physical keyboard to make a purchase on amazon.com, the data from that transaction is not 'derived from' the customer’s typing, nor would anyone argue that Amazon is 'using' that person’s keystrokes,” Amazon argues. “Similarly, if someone types a purchase command into the Alexa app, the transaction data associated with that command is captured and might be used for advertising (as Amazon widely discloses).”